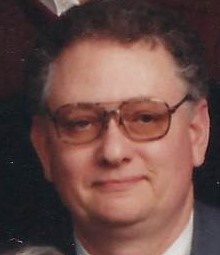 Bill graduated from Rowe High School in Conneaut in 1954.  He served in the U.S. Army Corp. of Engineers from 1954 to 1957, including serving as a diesel repairman during construction of an airfield in England. Bill became a barber/stylist in 1958 with a barbershop at locations in Geneva and Madison before retiring in 2006. From 1975 to 1986, Bill owned and operated grape vineyards in South Madison.

He was a Madison resident for over 45 years. Bill loved riding his motorcycle, including trips around the U.S. His other passions included: military history, armament and equipment; growing grapes; politics; and his family.

Private services for the family are at Behm Family Funeral Homes.  Final resting place will be at Fairview Cemetery in Madison, OH.

In lieu of flowers, memorial contributions may be made to the Hospice of the Western Reserve of Ashtabula, 1166 Lake Ave. Ashtabula, OH 44004.

To leave a condolence, you can first sign into Facebook or fill out the below form with your name and email. [fbl_login_button redirect="https://behmfuneral.com/obituary/william-bruce-pyle/?modal=light-candle" hide_if_logged="" size="medium" type="login_with" show_face="true"]
×