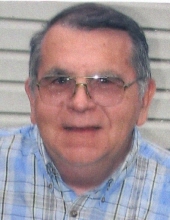 Throughout his busy life, Wally served in many capacities — as a Supervisor at Geneva Rubber, and at Neff Perkins; as a plant manager at Erie Rubber Works and also a parts runner for Kraftmaid. He was a part-time Geneva Police Officer and an Ashtabula County Sheriff Deputy. He also owned and operated C&W Pizza with his family.

Private Family Services will be observed. Contributions may be made in Wally’s name to Ashtabula County Animal Protective League, 5970 Green Road, Ashtabula, OH 44004.

The Behm Family Funeral Home, 26 River Street, Madison, OH is assisting the family at this time. Online obituary and condolences may be viewed at www.behmfuneral.com

To leave a condolence, you can first sign into Facebook or fill out the below form with your name and email. [fbl_login_button redirect="https://behmfuneral.com/obituary/wallace-b-sears/?modal=light-candle" hide_if_logged="" size="medium" type="login_with" show_face="true"]
×