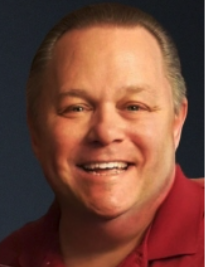 Rev. Mr. Bryan J. Manary, age 62, of Madison, Ohio passed away peacefully on Thursday, December 2, 2021 at UH Ahuja Medical Center in Beachwood. He was born on December 6, 1958 the son of John and Jean (Courtright) Manary. He was a graduate of Lake Catholic High School and also of Northern Seminary in Lisle, IL.

Pastor Bryan was the minister at the United Church of Geneva. He was well loved and respected by his congregation as well as his friends and colleagues. He was active at Camp Koinonia and served on the Board for the American Baptist Association of Ohio.

Friends will be received 1:30 pm to 3:30 pm Sunday, December 5, 2021 at The United Church in Geneva, 75 South Broadway. Service will take place at 3:30 pm officiated by the Rev. Paul Militzer. In lieu of flowers, contributions in Pastor Bryan’s name may be made to the church.

Behm Family Funeral Home is assisting the family. Online obituary and condolences may be viewed at www.behmfuneral.com

To leave a condolence, you can first sign into Facebook or fill out the below form with your name and email. [fbl_login_button redirect="https://behmfuneral.com/obituary/rev-bryan-j-manary/?modal=light-candle" hide_if_logged="" size="medium" type="login_with" show_face="true"]
×