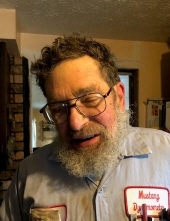 Philip served in the United States Army then later was a fitter-welder for Mustang Dynomometer in Twinsburg. He was a member of Chapel United Methodist Church and also was a member and officer of American Legion Post 601. Philip was a hard worker. He loved animals, he loved his beer, yet most of all; he loved time spent with his family and grandchildren.

Online obituary and condolences may be viewed at

To leave a condolence, you can first sign into Facebook or fill out the below form with your name and email. [fbl_login_button redirect="https://behmfuneral.com/obituary/philip-c-kadlowec/?modal=light-candle" hide_if_logged="" size="medium" type="login_with" show_face="true"]
×