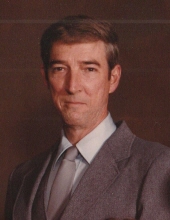 Jesse served in the United States Navy and operated out of Newport, RI. As a veteran he served on three different ships: two were Destroyer Tenders and one was a Radar Pickett Ship. He attended Lincoln Electric Welding School, and worked in the field as a welder for 35 years.

Graveside Service will be planned and announced in springtime. Final Resting place will be Fairview Cemetery. Behm Family Funeral Home of Madison, OH is assisting the family. Online obituary and condolences may be viewed at www.behmfuneral.com

To leave a condolence, you can first sign into Facebook or fill out the below form with your name and email. [fbl_login_button redirect="https://behmfuneral.com/obituary/jesse-j-nettles/?modal=light-candle" hide_if_logged="" size="medium" type="login_with" show_face="true"]
×