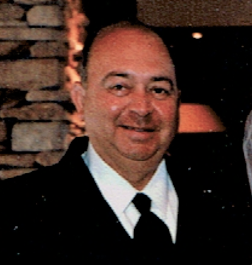 David loved to travel with his family and friends and visited most of the fifty states, including Alaska and Hawaii. Along the way, he loved the adventures he encountered, from whitewater rafting in West Virginia, horseback riding in the Colorado mountains, scuba diving in the Bahamas, to taking a hydroplane flight over the glaciers of Alaska. However, most of all, he loved being at home with his family. Being visited by his kids and grandkids made his day. To gain the opinion of others, he delighted in being the devil’s advocate in conversations. Throughout his life, he valued a person for his contribution to the job rather than the person’s position.

Friends will be received from 4-7pm, Monday, July 11th, 2022, at Behm Family Funeral Home, 175 South Broadway in Geneva. Mass of Christian Burial will be at 10am, Tuesday, July 12th, 2022, at Assumption Catholic Church in Geneva. Final resting place will be in Mount Pleasant Cemetery.

Contributions may be made in his name to the Cleveland Foundation (put the “Spirit of Geneva Scholarship” in the memo line of check). Mail to: The Cleveland Foundation, 1422 Euclid Ave., Suite 1300, Cleveland, OH 44115. Donations can also be made online: https://www.iphiview.com/tcf/GiveNow/GiveOnline/tabid/838/dispatch/contribution_id$294792_hash$a5cb039b1cb7bc7c53272bbbbc74e176ba5fd885/Default.aspx

To leave a condolence, you can first sign into Facebook or fill out the below form with your name and email. [fbl_login_button redirect="https://behmfuneral.com/obituary/david-freese/?modal=light-candle" hide_if_logged="" size="medium" type="login_with" show_face="true"]
×