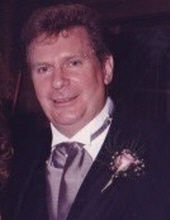 Cecil was a veteran of the United States Air Force, and in the service, he was a member of the military police and boxed in the Golden Glove Tournaments. He was a 6th degree Black Belt in Isshinryu (a form of Karate), and owned his own karate studio. Cecil was an active member of the VFW and the Eagles Club, and he was the President of the local union 4033 of the United Steel Workers of America. He enjoyed golfing, playing cards, working out, and he looked forward to long hikes in the woods with his wife.

Private family services will be observed.

To leave a condolence, you can first sign into Facebook or fill out the below form with your name and email. [fbl_login_button redirect="https://behmfuneral.com/obituary/cecil-h-moran/?obId=22352755?modal=light-candle" hide_if_logged="" size="medium" type="login_with" show_face="true"]
×