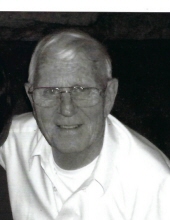 Billy was a proud veteran of the Korean War. After his service to our country he worked for Diamond Shamrock as a welder and later moved on to work at Ohio Water which is now Aqua Water. He was a proud member of the American Legion and loved playing country and bluegrass music with many bands, including The Country Masters. Billy enjoyed riding his motorcycle, fishing on his boat, that he called “The 7th J”, and tending to his garden.

To leave a condolence, you can first sign into Facebook or fill out the below form with your name and email. [fbl_login_button redirect="https://behmfuneral.com/obituary/billy-charles-kuhn/?modal=light-candle" hide_if_logged="" size="medium" type="login_with" show_face="true"]
×