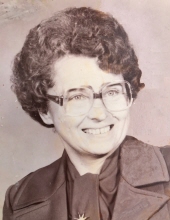 Janet “Betty” Elizabeth Woodworth, 92, a longtime Geneva resident, died July 11, 2020 at
Saybrook Landing. She was born February 18, 1928 in Unionville to Joseph and Margaret (Kish) Peters. She married William C. Woodworth in Geneva on July 25, 1947, moved to Geneva, and purchased a 90 acre farm where they raised 6 children and one grandchild.

Betty had a second career achieving her real estate license at the age of 49 (1977) and worked for Miller Realty Co. for many years. She was one of the top performing real estate agents. She was a charter member who along with her husband helped build the Madison Seventh Day Adventist Church.

She loved her gardens and cooked many meals from the vegetables she grew. The entire family has fond memories of time spent with grandma at the farm. Grandma’s door and kitchen were always open.

She and her husband were founding members who along with several others helped build the Madison Seventh Day Adventist Church. She was active in the church serving in a leadership role. She took all of her children and grandchildren to the Seventh Day Adventist Church School in Ashtabula. She was passionate about providing a Christian education for her entire family.

The Behm Family Funeral Home of Geneva is assisting her family with arrangements.

To leave a condolence, you can first sign into Facebook or fill out the below form with your name and email. [fbl_login_button redirect="https://behmfuneral.com/obituary/betty-e-woodworth/?modal=light-candle" hide_if_logged="" size="medium" type="login_with" show_face="true"]
×