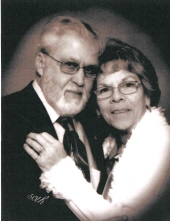 Bill was a machinist at National Acme, retiring in 2001 after 35 years of service. He also worked for New Way in Willoughby and Perry Cemetery. He was a member of the Chardon Eagles and St. Cyprians Church, serving there also in the Knights of Columbus. He enjoyed fishing, golfing, auto racing, spending time with his family and grandchildren. In 2014, Bill and Carol moved to Florida.

To leave a condolence, you can first sign into Facebook or fill out the below form with your name and email. [fbl_login_button redirect="https://behmfuneral.com/obituary/william-m-schultz/?modal=light-candle" hide_if_logged="" size="medium" type="login_with" show_face="true"]
×