William David Jones, age 66 of Geneva, passed away peacefully on Sunday, February 7, 2016 in Hilton Head, SC. David was born February 4, 1950 in Ruston, LA the son of Bill and Gerry (Stevenson) Jones. He met his future wife, Janey Cooper in a Shakespeare class at Louisiana Tech University and they were married March 4, 1972 in Bossier City, LA

David attended Greenbrier Military School where he attained the rank of 1st Lieutenant and Platoon Leader. A graduate of Louisiana Tech University in Ruston, LA he was a proud member of the Kappa Sigma Fraternity. He played an active role in the Geneva Community, beginning his career at Geneva Federal Savings and Loan where he served as Treasurer and President. Upon leaving the financial industry he owned several businesses including Jones’ Country Store and Mary’s Kitchen in Geneva-on-the-Lake and Mary’s Diner in Geneva. For the last several years he has served on the Board of the NEOFund, helping young entrepreneurs begin their career in Ashtabula County He was a past President of the Rotary Club of Geneva and was honored to be awarded the Rotarian of the Year twice. He was also a member of the Geneva First United Methodist Church. He was a people person and he loved to joke, tease, and share a good laugh. You knew he thought highly of you when he stole just a bit from your plate. Since March of 2015, David was enjoying retirement with his wife and family, especially his three grandsons who brought him great joy. He spent the last month traveling with the love of his life visiting with treasured family and friends.

David is survived by his wife: Janey Cooper Jones; daughters: Alison and Dennis McAllister of Westerville, OH, Lauren and Bill Hanna of Castle Pines, CO; Grandchildren: William Drew and Bryce David Hanna, Brady William McAllister; father-in-law: J.B. Cooper of Fouke, AR; brother-in-law: John and Sandy Cooper of West Monroe, LA; as well as loving nieces and nephews who found him very entertaining. He is preceded in death by his parents 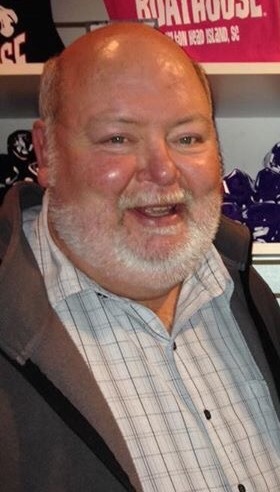 To leave a condolence, you can first sign into Facebook or fill out the below form with your name and email. [fbl_login_button redirect="https://behmfuneral.com/obituary/william-david-jones/?obId=2520394?modal=light-candle" hide_if_logged="" size="medium" type="login_with" show_face="true"]
×