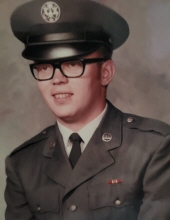 Vern was a devoted husband and a loving father and grandfather. He was a Nationwide Insurance agent in Jefferson for several decades, and served as a township trustee. An avid outdoorsman, Vern enjoyed fishing and leading the local boy scout troop 41. A hard man to pigeonhole, Vern appreciated building his own computers and participating in a medieval reenactment organization called the SCA.

Vern was preceded in death by his wife of 50 yrs Suzanne Hall (Nist). He is survived by his son Russel, daughter-in-law Jessica, and 2 grandchildren.

Per Vern’s final wishes no services will be held. If desired, friends may make donations to Hospice or a local no-kill animal shelter.

To leave a condolence, you can first sign into Facebook or fill out the below form with your name and email. [fbl_login_button redirect="https://behmfuneral.com/obituary/vern-hayes-hall/?modal=light-candle" hide_if_logged="" size="medium" type="login_with" show_face="true"]
×