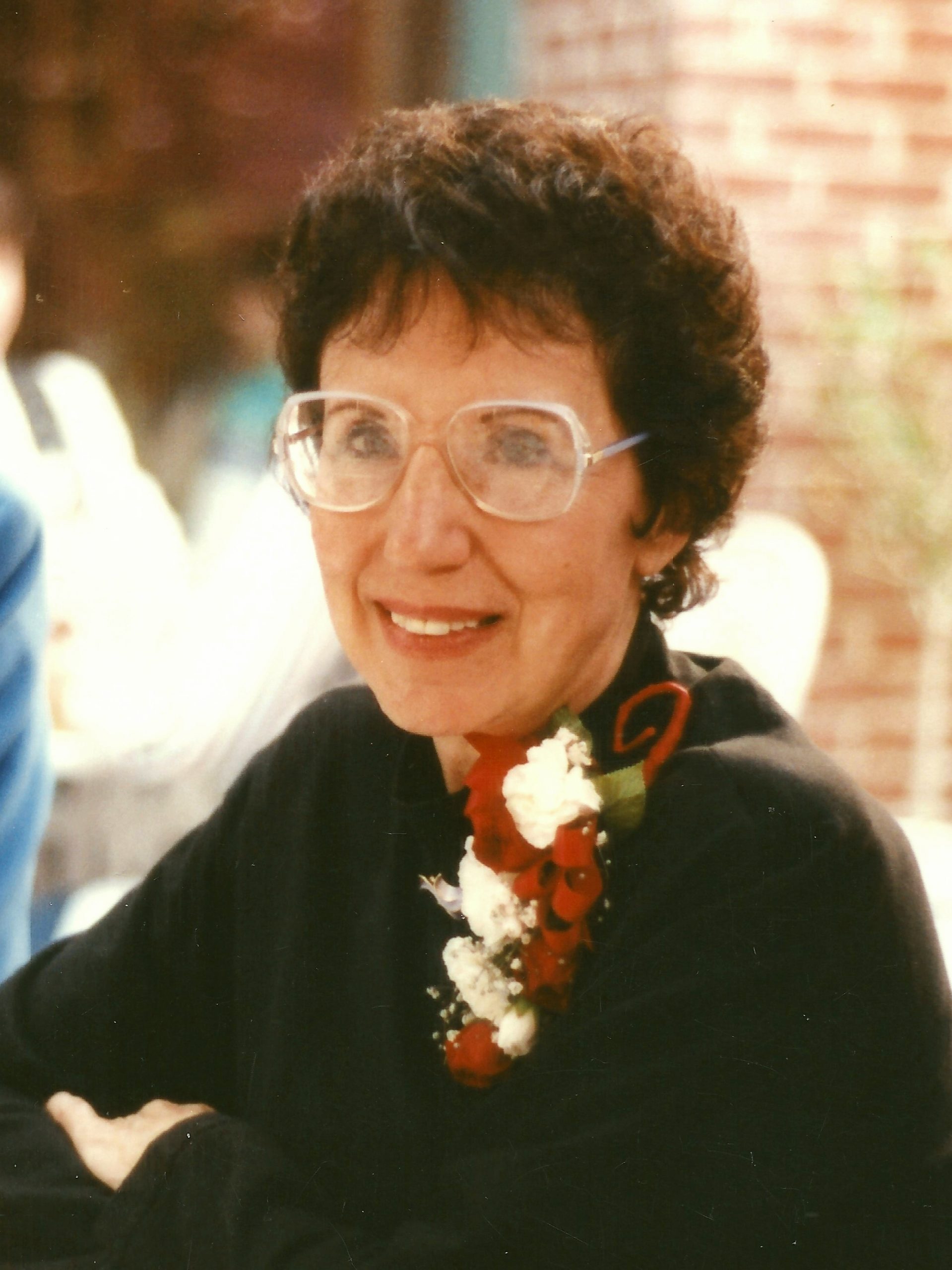 Vera May Penrod Reeser Renicker was born March 12, 1921 in Broughton, Ohio to Theo and Erdie Penrod the 3rd of 6 children. During her childhood the family moved to Conneaut, Ohio, then Madison, Ohio, because of her father’s work for the Railroad.

Farm life was an asset during the depression because the family had cows and chicken eggs and plenty of garden produce. Vera loved helping her father tap maple trees to make syrup from the abundant maple trees in the woods. Vera’s mother Erdie had become an Adventist and had conducted services in her home for years until they moved to Madison where there was an Adventist church. Some time in her teens she was baptized in Lake Erie by Pastor Ben Leach. She made lifelong friends at Mt. Vernon Academy and graduated in 1938.

She took nurses training at the hospital in Mt. Vernon where the famous Dr. Harry Miller was a surgeon. He brought samples of various flavors of soy milk for the nurses to taste as he developed powdered soy milk. She assisted him in surgery but decided nursing was not her life vocation.

Back in Madison she got a job at the Feed and Coal mill weighing trucks and keeping the books. She loved her job especially because she could be near her father who worked at the RR station.

WWII was brewing and she vividly recalled military tanks and equipment being hauled by train to New York and the drone of squadrons of new planes flying east. Soldiers filled the trains. She moved to New York City obtaining a job for an Osteopath in a high-rise skyscraper. She recalled experiencing black outs for fear of Nazi air raids. No light was to be visible from windows or doors. And she remembered seeing President Franklin D. Roosevelt riding in an open-air car in a ticker tape parade when he became President. She would often recall young soldiers roaming the streets waiting to be shipped to Europe. While riding the subway to her apartment in Brooklyn she saw First Lady Elanor Roosevelt riding with no bodyguard!

After the War, she married her former fiance’ Albert J. Reeser.
Because he was a non-combatant and refused to work on Sabbaths the Army gave made life difficult.

They had 3 daughters, Judy Flora and Viola. When Albert died in 1954, she and her girls lived with her parents who were an invaluable help in raising the young girls. In 1961 Vera married Gail Renicker and moved to Lansing Ill. The girls graduated from college and married. Her oldest daughter, Judy was killed in a car accident while teaching at Loma Linda University School of Public Health. Vera proudly displayed
Judy’s Diplomas and learned to live with the pain of losing a child.

After her divorce, Vera moved to Maryland to live near her daughter Viola and Vera helped raise her grandchildren, Esther, Joan and Tim.

For a time, she lived in France where she lovingly cared for her younger sister Laura who had terminal cancer. This was a particularly bittersweet experience. During Laura’s remission they toured Europe. When Laura passed away Vera moved back to Maryland.

Later, she went with an Adventist tour group to the Holy Land and Egypt, something she had always wanted to do. She lived in Jefferson, MD until 2013 when she moved to California to live with her middle daughter Flora and her husband, Nate.

At age 92 her failing eyesight prevented her from driving. It should be noted that she was a fabulous cook and loved to bake. She developed many delicious gluten free recipes to accommodate family sensitivities. She loved to make pies which her family greatly enjoyed.

One of her most appreciated and remarkable accomplishments was her study of her family genealogy. She did extensive research before the days of the internet, documenting it in a priceless notebook filled with rare historic photos and fascinating stories. During the COVID pandemic she celebrated her 100th birthday Mar 12, 2021, facilitated by Zoom where she could visit with family members who wished they could be present.

In 2022 after living in Brandel Skilled Nursing facility in Turlock for 9 months she contracted COVID and passed away on February 24, 2022. She had a strong faith in God and memorized many Bible Verses and several chapters of the Bible which comforted her.

A Memorial Service will be held at 10:00 a.m. on Saturday, May 14, 2022 at the Behm Family Funeral Home, 26 River Street Madison, Ohio 44057. Final resting place will be at Fairview Cemetery, Madison Ohio, where her parents, husband, daughter and siblings are buried.

To leave a condolence, you can first sign into Facebook or fill out the below form with your name and email. [fbl_login_button redirect="https://behmfuneral.com/obituary/vera-may-penrod-reeser-renicker/?modal=light-candle" hide_if_logged="" size="medium" type="login_with" show_face="true"]
×