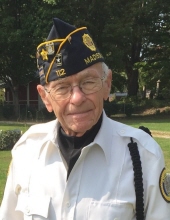 Vaughn was born to parents Elmer James Reese and Myrtle Hannah (Loucks) Reese on November 19, 1932, in Lyndhurst, OH, where he also grew and participated in scouting, his father’s explorer troop, football, and Demelay baseball. He graduated from Brush High School in 1950.

Vaughn enrolled at Hiram College in 1951 where he played football and sang in the Glee Club. He received a BA degree in English in 1957. His first teaching job after graduating college was at his wife’s high school alma mater, Platt R. Spencer High School (from 1958 to 1960). He taught English at Geneva city schools from 1961 to 1964 and at Perry High School from 1965-1975. After retiring from teaching, Vaughn was recognized by former students and he always remembered them with fondness and favorable comments. Later, he pursued an 11-year long career as a technical/ procedure writer at the Perry Nuclear Power Plant with Kaiser Engineers and Cleveland Electric Illuminating Company. During this time, he wrote and published articles in technical magazines and also tutored in English and grammar work colleagues who were taking courses at Lakeland Community College. He was also an amateur poet.

Vaughn served in the United States armed services (Army) for 2 years (1953-1955) during the Korean War and achieved the rank of Corporal (T) and for many years was an active member of the American Legion Post 112 in Madison, OH where he served on the Funeral Team in their Gun Salute and Color Guard and enjoyed the camaraderie of fellow veterans and felt a duty to honor those who had served their country.

Vaughn married Donna Lee Prentice on July 3, 1954, and together they raised one son, Matthew Mark, and twin daughters, Amy Jo and Bethany Meg. He was a gentle, loving father who creatively invested himself in his children, family, community, and everything he pursued.

Vaughn served for 1-2 years as president of the Madison Band Patrons where he led the crusade to purchase new band uniforms.

Vaughn was a baptized member of the Chapel United Methodist Church in Madison where he sang in the choir, directed Maundy Thursday services, and co-authored and published the Chapel Chimes, the monthly church newsletter, for several years.

Vaughn served as a board member on the Platt R. Spencer Historical Society and wrote their bylaws. Those were the days of our husband, father, and friend. We thought they would never end. But they did.

The family requests contributions/donations be made to the American Legion Post 112, 6671 Middle Ridge Road, Madison, OH 44057 and/or to the Platt R. Spencer Historical Society, PO Box 12, Geneva, OH 44041-0012. Online obituary and condolences may be viewed at www.behmfuneral.com

To leave a condolence, you can first sign into Facebook or fill out the below form with your name and email. [fbl_login_button redirect="https://behmfuneral.com/obituary/vaughn-l-reese/?modal=light-candle" hide_if_logged="" size="medium" type="login_with" show_face="true"]
×