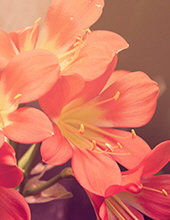 Uarda May Taylor, born to Richard & Zola (Lewis) Taylor April 8, 1929 in Conneaut, Ohio passed away January 1, 2020. Uarda was an artist, horsewoman, and educator with the drive to be a lifelong student and traveler.

Uarda earned her Art Education degree from Lake Erie College. She spent her career teaching and directing art education in the Willoughby-Eastlake Schools. Her own early works involved oil painting and ceramics all the while dabbling in other areas such as jewelry design and copper enameling. In the early 80’s Uarda enrolled in a Masters Degree program through New York University, which took her to New York City for two summers and culminated in a third summer in Venice, Italy. Never one to settle for simply meeting requirements, Uarda started several projects based on Viennese subjects. One such project was a broken glass mosaic of a seahorse she finished just late last year. She shifted her painting to water color becoming quite accomplished and, finally, shifted her focus to fiber arts, especially weaving.

Uarda began pursuing horsemanship in the ‘60s. Because early in her life owning a horse was not feasible, she agreed to care for “camp horses” between the summer seasons, boarding them at the local fairgrounds. Eventually she owned horses, training and showing Trakehner, quarter horses and thoroughbreds in dressage and show jumping. Tosca, Seigvesta, Caperay and Too Tall were a few of Uarda’s horses. When Uarda could no long ride, she spent time learning to drive horses from a buggy she had purchased.

Always the student, Uarda began expanding her fiber arts talents by playing with various methods of fabric dyeing, quilting, fabric painting, and eventually found herself behind a weaving loom. Naturally curious and creative, she designed cloth using fibers she dyed, exploring natural dyes like weeds, flowers, and vegetables to create remarkable fabrics for rugs, towels and clothes. She sewed beautiful clothes for herself, friends and family members. Uarda’s fabrics almost always had a purpose.

Travel is a thread that runs through her entire life. Uarda traveled far and wide whenever she could. After retiring she toured around the United States for several months in her old truck-camper, and again several years ago by train. She enjoyed going to weaving conferences and events, especially with her friends in the Western Reserve Weaving Guild. There were also trips outside the US. These trips included visits to France, Egypt, and Scotland. Uarda and her daughter, Donna-marie enjoyed Road Scholar Tours in the United States and toured central Europe as recently as last summer.

Uarda was happy to participate in many artistic activities including photography with the Geneva Camera Club, museums (especially the Cleveland Museum of Art), theatre, and classical music. She even renovated an old farm house (took it down to the studs!) with a barn for her horses. Uarda shared her fondness for good food with the 4 Food Group.

Family will receive friends 10 am to noon Saturday, August 21, 2021 at Behm Family Funeral Home, 26 River St. Madison with a Celebration of Life Service immediately following the visitation at Noon. Memorial contributions may be made in Uarda’s name to any library.

To leave a condolence, you can first sign into Facebook or fill out the below form with your name and email. [fbl_login_button redirect="https://behmfuneral.com/obituary/uarda-may-taylor/?modal=light-candle" hide_if_logged="" size="medium" type="login_with" show_face="true"]
×