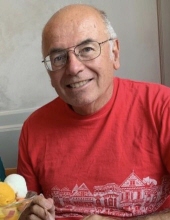 Thomas (Tom) Mathew Jameson, aged 71, passed away peacefully at his home in Madison on May 19, 2020 from complications following a heart attack. He passed away in the presence of his wife, children, and beloved nephew, Lee-Arng Chang. Tom was born December 6, 1948 in Lorain, Ohio to Wayne and Josephine (Pliszka) Jameson and grew up in Avon, Ohio.

He started his career at Duke Power in Charlotte, North Carolina before moving back to Ohio in 1982. During his career, he worked at Perry Nuclear Power Plant, RMI, and Babcock & Wilcox. For many years, he also taught various math and engineering courses at Lakeland Community College.

He enjoyed supporting local youth sports programs, and volunteered as a baseball umpire and basketball referee in his younger years. Tom enjoyed following local sports, woodworking, DIY projects, and spending time with his family and friends. He is especially remembered for how readily he gave his love, time and effort to support those he cared for.

His brothers, James, Gary and Lance survive him. He was preceded in death by his parents, Wayne and Josephine Jameson.

A celebration of his life and all he gave to his family and friends will be scheduled at a later time.

Behm Funeral home of Madison is assisting the family. Online obituary and condolences may be viewed at www.behmfuneral.com.

To leave a condolence, you can first sign into Facebook or fill out the below form with your name and email. [fbl_login_button redirect="https://behmfuneral.com/obituary/thomas-mathew-jameson/?obId=14024201?modal=light-candle" hide_if_logged="" size="medium" type="login_with" show_face="true"]
×