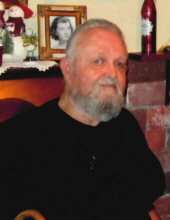 Thomas J Piispanen, age 82, of Madison, passed away peacefully with family at his side, on Friday, March 27, 2020 at Cardinal Woods Skilled Nursing & Rehab.
He was born October 14, 1937 in Ashtabula, Ohio Hugo and Edith (Karhu) Piispanen.
He married Barbara Cleary in Fairport Harbor, Ohio on August 15, 1964.

Thomas served in the U.S. Army. He worked in labor management as a foreman in the nursery industry. He enjoyed working at Kohankie Nursery and Losely Nursery.
He was a member of Central Congregational Church in Madison and was also a member of the Lakeshore Masonic Lodge307 where he served as Master in 93 and 96.

He is survived by his wife, Barbara; sons, Timothy Piispanen, Michael Piispanen; brother, Dennis Piispanen; grandson, Thomas Piispanen; granddaughter, Jessica Larkins; and great-granddaughters, Lilliana and Nora.
He was preceded in death by his parents and sister, Jane Lading. He will be interned at a private ceremony at Evergreen Cemetery in Painesville.

Donations may be made in Tom’s name to the Central Congregational Church Organ Repair Fund, 71 Park St. Madison, OH 44057.

The Behm Family Funeral Home is assisting the family at this time
Online obituary and condolences may be viewed at www.behmfuneral.com

To leave a condolence, you can first sign into Facebook or fill out the below form with your name and email. [fbl_login_button redirect="https://behmfuneral.com/obituary/thomas-j-piispanen/?modal=light-candle" hide_if_logged="" size="medium" type="login_with" show_face="true"]
×