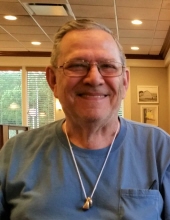 Thomas worked as an assembler at General Electric in Louisville, KY over 30 years. He was involved in the Order of Freemasons and enjoyed watching wrestling and western movies.

He is survived by his loving wife of 59 years, Jane; sons, Mark (Vanessa) Clark, Michael Clark; grandchildren, Vivianne and Thomas Clark. He is preceded in death by his parents; sisters, Willie Mae Rowland and Deeta Mill; brother, Robert Clark.

Final resting place will be in Russell Springs, Kentucky with services at a later date.

To leave a condolence, you can first sign into Facebook or fill out the below form with your name and email. [fbl_login_button redirect="https://behmfuneral.com/obituary/thomas-a-clark/?modal=light-candle" hide_if_logged="" size="medium" type="login_with" show_face="true"]
×