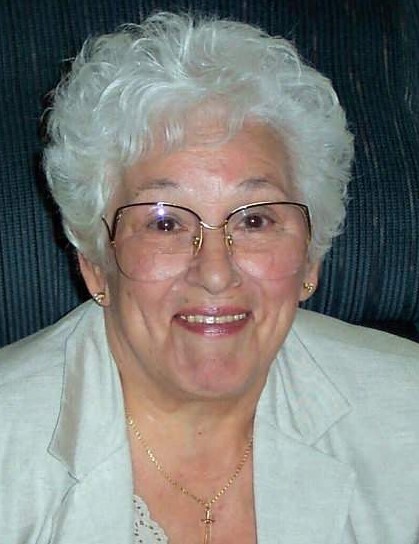 Theresa was a loving wife, mother, and grandmother who enjoyed cooking, baking, and gardening.  She loved birds especially hummingbirds and enjoyed watching the chipmunks scurry around her yard.  In her younger years she spent time camping with her husband and children and later she and her husband made many memories camping in Cook’s Forest, PA. She was blessed with a large Italian family and her sisters were her best friends, often having lunch and shopping together. In her later years, Theresa became a fan of watching Dancing with the Stars, Americas Got Talent, Naked and Afraid, and many cooking shows.

She was preceded in death by her parents, John and Louise (Tazio) Borelli; husband, Hervey Warren after 55 years of marriage; brothers, John, Paul, and Albert; and sisters, Beatrice, Angela, Mary, Clara, and Lois.

Friends will be received 12:30 to 1:30 pm Saturday, March 5, 2022 at St. Cyprian Catholic Church, 4223 Middle Ridge Road in Perry with a Mass of Christian Burial immediately following at 1:30 pm officiated by Father George Kusy. In lieu of flowers, please make a donation to Hospice of the Western Reserve, PO Box 72101, Cleveland, Ohio  44192.

To leave a condolence, you can first sign into Facebook or fill out the below form with your name and email. [fbl_login_button redirect="https://behmfuneral.com/obituary/theresa-rose-warren/?modal=light-candle" hide_if_logged="" size="medium" type="login_with" show_face="true"]
×