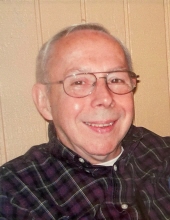 Robin Prater, age 79 of Madison passed away September 28, 2020 at University Hospital in Cleveland. He was born December 30, 1940 in Drift, KY the son of a coal miner whose family moved to Geneva, OH when he was 11 years old. He graduated from Spencer High School in Geneva. He was employed as a machinist for RT&T Machining Inc. in Mentor.

He and his wife have lived in Madison since 1971 and raised their family there. He is survived by his dear wife of 57 years Sandra (Edelman); children, Darryl (Sheila) Prater, Terri Connell, Scott (Dani) Prater and Jason Prater; grandchildren, Alexis, Baron, Bristy, Brayden, Jeremy and Olivia; great-granddaughter, Amiyah; brother Gary (Sharon) Miller; and many loved cousins, nieces and nephews. He was preceded in death by his father, Roman Prater, mother, Myrtle (Mollett) Miller, and brother, Rabon Prater.

Robin was an active member of the Madison Congregation of Jehovah’s Witnesses, where he served as an elder for many years.

A Virtual Memorial will be held via zoom Sunday, October 4, 2020 at 5:00pm. Connection information available upon request from the family and the congregation. Behm Family Funeral Home of Madison is assisting the family. Online obituary and condolences may be viewed at www.behmfuneral.com

To leave a condolence, you can first sign into Facebook or fill out the below form with your name and email. [fbl_login_button redirect="https://behmfuneral.com/obituary/robin-prater/?modal=light-candle" hide_if_logged="" size="medium" type="login_with" show_face="true"]
×