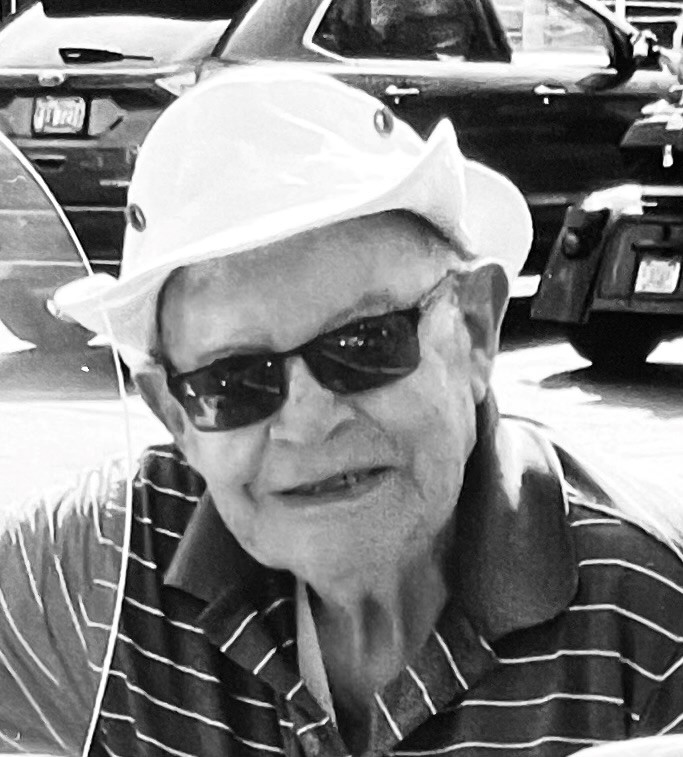 Robert Kenneth Densmore, born on March 12, 1929, at Lake East Hospital, grew up in Perry, graduated Perry High School in 1947. Aside from the eighteen months he served in the US Army, stationed in Korea as a lineman during the Korean War, he was a lifetime Perry/Madison resident.
Bob was a salesman, beginning with Star Bakery, moving on to Heinz Foods, progressing to industrial welding supplies with Eutectic, Osborne Welding Supply, Linde Gases and PraxAir.
Preceded in death by generous, loving parents, Kenneth and Margaret Densmore; brother, Gordon Densmore and love-of-his-life wife, Beryl. Survived by daughter, Kathleen Okorn; son, Barry and wife Kathy Densmore; grandchildren, Tracy and husband, Roy Infalvi , Colleen Tannish, Rob and wife Tana Ford, Clay and wife Emily Densmore, Tyler and fiancée Alice Chen Densmore; great-grandchildren, Gavin Tannish, Elyse Infalvi, Maeve Tannish, Madeline Infalvi and Russell Ford. Also dear brother, Donald Densmore and brother-in-law Gerald and wife, Dodi Farmiloe; cousins close throughout their lives Janet Steward and June and husband Richard Messenger; and many more nieces and nephews.
Bob met Beryl on a blind date, set up by a favorite aunt and uncle, and it was love at first sight (on his part, anyway). They were married November 5, 1950, until her death in 2019, 69 years later.
Through boating and RVing, Bob and Beryl were accomplished travelers, creating an extensive circle of long time friendships, memories and stories.
Bob excelled at living within his means, loved his new Sony TV complete with three separate volume control remotes, played Five Crowns ruthlessly, always remembering who won the last game even when no money was involved. His signature hat was a Tilley, worn to protect his bald head. Bob took a great delight in perfecting recipes through trial and error and generously shared his successes, always working through his failures, which included sausage gravy, cornbread muffins, Belgian waffles, and Christmas pork pies. With a family history that included producing and consuming maple syrup, in later years he was known to boil down a gallon of pure maple syrup, stirring until it produced maple cream, filling the entire house with its sweet steam and possibly curling wallpaper. He especially shined at producing shrimp cocktails for family events, only using the 16/20 size.
Bob’s outlook early in 2022 to be joyful and full of grateful appreciation of his incredible full life rather than be sad about having to leave, striving to enjoy the last chapter of his life, worked well for him right up to his final hours. His positive outlook and sense of humor remained with him. Knowing and loving each of the people in his life was his success story.
Thanks to all the kind-hearted caregivers, doctors, and nurses at Hospice of the Western Reserve.
Thank you to all the friends, family and neighbors who brought food, flowers, music, Shamrock shakes and laughter.
Bob departed this life on March 3, 2022, just nine days short of his planned 93rd birthday party. Madison Village Mayor and Administrator planned to present a Resolution, signed by Village Council, to Bob at his birthday party, thanking him for his contributions to the Madison community, which included a term as a village councilman. In honor of this date, Visitation will be held at Behm Family Funeral Home, 26 River Street, Madison, on Saturday, March 12, 2022 from 1:00 to 4:00 p.m, followed by a service to celebrate his life.
“If today isn’t the best day of your life, you’re missing it”.
We will forever adore you and remember you, we will stand taller and stronger, knowing you’re watching over us, always believing in us.
Online obituary and condolences may be viewed at www.behmfuneral.com

To leave a condolence, you can first sign into Facebook or fill out the below form with your name and email. [fbl_login_button redirect="https://behmfuneral.com/obituary/robert-kenneth-densmore/?modal=light-candle" hide_if_logged="" size="medium" type="login_with" show_face="true"]
×