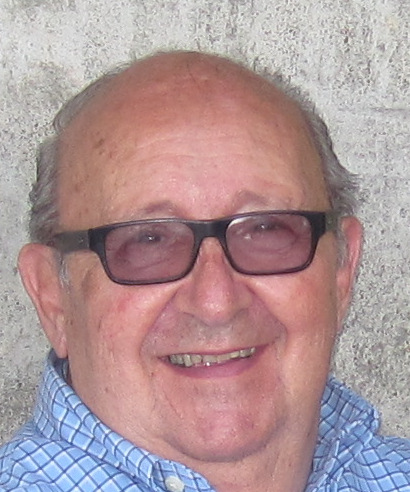 Robert Anthony DeSan, 90, of Geneva-on-the-Lake, Ohio, passed away on Saturday, September 17th in his home.

Bob was born on August 5th, 1932 to Anthony and Agnes DeSan in Cleveland Ohio. After Bob graduated from Cathedral Latin, he went on to earn a bachelor’s degree from John Carroll University.

After graduating, he entered the US Army where he was stationed at Fort Hood, by chance at the same time as Elvis Presley.  After two years he came back to Cleveland and started working in the world of publishing, settling at Penton Publishers.  After retiring from the publishing world, he worked with his niece Tanya and her husband Alessandro when they opened their Italian restaurant.

Bob was a gentle, caring, generous man who loved his family.  He was famous for round the calendar themed parties filled with handmade invitations, assigned recipes and plenty of costumes and decorations.  He loved to cook for everyone, and while he had fun introducing all to quiche, crepes and fun cocktails, his homemade meat sauce and meatballs were everyone’s favorites, especially the kids. He loved his home by the lake, and he loved having everyone gather there to celebrate, especially for the Fourth of July.

The family will be having a private service. In lieu of flowers, the family requests donations be made to Assumption Church in Bob’s name.

The Behm Family Funeral Home is assisting the family. Online obituary and condolences may be viewed at www.behmfuneral.com

To leave a condolence, you can first sign into Facebook or fill out the below form with your name and email. [fbl_login_button redirect="https://behmfuneral.com/obituary/robert-anthony-desan/?modal=light-candle" hide_if_logged="" size="medium" type="login_with" show_face="true"]
×