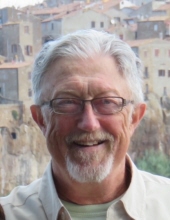 Richard (“Ric” to his friends and family) was born in Albany, NY to David B. Selip and Frances L. (Wood) Selip on November 12, 1949, the first of three children. He graduated from Clarkson College of Technology in 1971 with a Bachelor of Science degree in Industrial Distribution. He married Dixie D. (Norris) Selip on February 14, 1987 in Geneva, OH and built a life with her, in which they both felt great love and pride. While he was involved in many business ventures, he was most known for his role as Co-Owner and ultimately President of Grand River Rubber and Plastics where he focused his talents for nearly 40 years, and after selling the company to the employees in 2015 he remained the Chairman of the Board until his passing. He received many awards and accolades throughout his tenure at GRRP but was more proud of being deeply invested in the welfare and economic growth of Ashtabula County, Ohio. He and his partners ensured that the jobs at GRRP remained in Ashtabula, OH by selling the company to the employees rather than an outside investor.
Ric ensured in all of his entrepreneurial endeavors to not just find benefit for himself, but more importantly, he wanted to ensure that others also had opportunities to provide a great life for their loved ones. He disavowed the common saying that the “best partner is none at all”. He had many, and was proud of all of his partners, who most assuredly he considered his friends as well. Of all of his life’s work, however, he was most proud of his family. His wife describes him as a “romantic” – even more so after 34 years of marriage and his sons benefited from his guidance but most importantly, felt his deep love for them, their spouses and children. He was an incredible Grandfather to seven adoring Grandchildren.
By all accounts, Ric lived a life filled with incredible opportunities, partnerships, travel, golf, friendships and most importantly – love and admiration that flowed in both directions for business partners, friends and family.
Ric was preceded in death by his father and his sister, Lynn Katharine Buck. He is survived by his loving wife, his sons, Joseph S. Esposito (Sophia) and Joshua R. Selip (Lindsey), his brother, Dr. Steven W. Selip (Veronica), his mother and his grandchildren Emily, Bella and Joey Esposito; Elijah and Logan Terrell; Alexander and Jack Selip; his brothers-in-law, Ronald Buck, Richard Norris (Vicky) and John Norris (Kim) and many cherished nieces and nephews.
In lieu of flowers, the family asks that donations be made in Ric’s memory to Kent State University Ashtabula, c/o Dean Susan Stocker, 3300 Lake Rd W., Ashtabula, OH 44004 (Memo Line: Selip – Misinec Endowed Scholarship) or the American Heart Association, 1375 E. 9th St, Suite 600, Cleveland, OH 44114. (Memo Line: Ashtabula Heart Walk – Ric Selip)
Ric’s family wishes to extend our sincere thanks to the caring doctors, nurses and support staff at University Hospitals, the Hospice of the Western Reserve and to all of our family and friends who have generously given their incredible love and support to our family.
Calling hours will be held from 1-3 and 5-7 PM on Friday, April 16th at the Behm Funeral Home, 175 South Broadway in Geneva. A Celebration of Life and reception to follow will be held at 4pm on Saturday, April 17th at SPIRE Institute in Geneva. All are welcome.
Guests are required to follow current pandemic guidelines, wear masks and practice social distancing. Online obituary and condolences may be viewed at www.behmfuneral.com
If you have any fond memories, touching moments, or pictures you would like to share with the family, you can send them to [email protected]

To leave a condolence, you can first sign into Facebook or fill out the below form with your name and email. [fbl_login_button redirect="https://behmfuneral.com/obituary/richard-ric-david-selip/?modal=light-candle" hide_if_logged="" size="medium" type="login_with" show_face="true"]
×