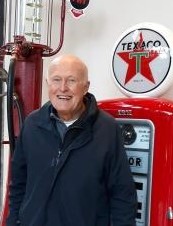 Dick Mirth, 85, passed away December 26 while at home with his wife in Fairport Harbor. Always an enthusiastic outdoorsman, Dick was often seen running, biking, kayaking, cross-country skiing in the park or walking in the village or in Lake County’s many parks. He loved living on the Lake Erie shoreline and observing all the activity and interesting wildlife there. He was also was a life-long bridge player and was a worthy opponent at senior center bridge games.

He is survived by his wife, Karen (Magavero) Mirth of Fairport, sons John Mirth of Independence, Minnesota and David Mirth of Reynoldsburg, Ohio, and four grandchildren. He is also survived by brothers, Lee Mirth of Orlando, FL and Dale Mirth of Fredonia, NY, and a sister, Patricia Vazquez of Brandywine, MD.

He was predeceased by his first wife, Sally (Baynes) Mirth and his son, Robert Mirth.

Donations may be made in his name to Lake County Food Bank or Hospice of the Western Reserve.

Our father, Dick, had never put on a pair of skis until he was 48 years old. This in spite of spending a year in Greenland and three years in Alaska as part of his Air Force service. But the 1984-85 winter in Northeast Ohio was a snowy one and made his sport of distance running somewhat of a chore. So he went to the local bike/ski shop and purchased a pair of cross country skis. That winter he practiced on the golf course at Mill Creek Park where, at first, even the tee boxes that rose 1-2 feet above the terrain presented a white-knuckle downhill challenge. The next year he moved to Flagstaff, Arizona, where he fully embraced this new found pastime of cross country skiing. Winter lunch breaks were often extended to allow time to slip out for an hour of skiing on the trails that he carefully set. His goal was to ski at least 100 days each winter, and he met the goal as many years as the snow allowed. He embraced the idea that if something was worth doing, then it was worth overdoing. If he invited you for a hike in the Grand Canyon, then it was best to pack plenty of water and food because you might be going to the bottom and back in a single day. His engineering students who signed up for his weekend mountain bike rides to historic engineering sites knew they had to be capable of riding 20-30 miles to keep up with their professor. And over-doing was not just about exercise and fitness, it was a whole lifestyle. If you needed a little help, he would provide a lot of help.

When his first wife, Sally, died, he remarried at the age of 77 because when you find someone special it is worth a full commitment – the first time and a second time if you have the opportunity. Hip replacement surgery at the age of 80 only slowed him down a little. He could no longer run, but he still enjoyed long walks, and when the snow fell you could find him skiing in a track he made along the beach in front of his home on the shore of Lake Erie. Even in the end, when doctors told him he had cancer and might live 3-6 months, he managed to outlast their prognosis because life was worth living and, if that is the case, then you ought to overdo that as well. The Behm Family Funeral Home of Madison is assisting the family. 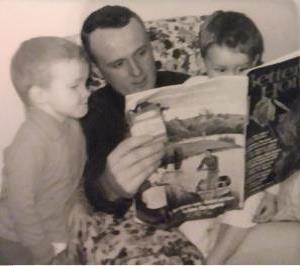 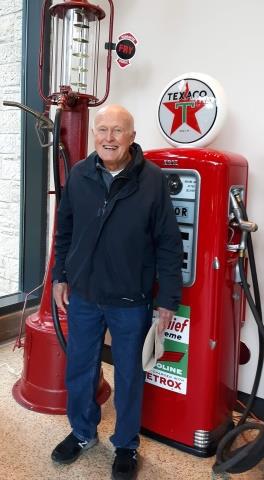 To leave a condolence, you can first sign into Facebook or fill out the below form with your name and email. [fbl_login_button redirect="https://behmfuneral.com/obituary/richard-mirth/?modal=light-candle" hide_if_logged="" size="medium" type="login_with" show_face="true"]
×