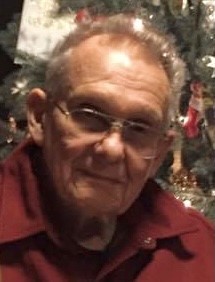 Richard “Dick” James Hadlock died on Friday, June 24, 2022 in Austinburg, Ohio at the age of 85. He was born in Gates Mills, Ohio in 1936. In 1944, the family moved to Austinburg, Ohio to manage Armington Farms, where he grew up and lived for the remainder of his life. He was preceded in death by his parents, Frank & Helen (née Ojala) Hadlock and his brother, Robert Hadlock.

He is survived by his brother Glenn (Donna) Hadlock, his son, Richard Jr (Erica) Hadlock, his grandchildren, Grace, Hayden, Clayton, Ian and Richard III Hadlock,  his son, Todd Hadlock and his nieces and nephews.

Dick was a Korean War Veteran and a photographer for the United States Navy. He loved sharing stories about his time oversees and had a passion for photography. After the war, he attended Ohio State University and The University of Toledo, studying Industrial Engineering. In 1968, he founded Hadlock Plastics Corporation in Austinburg, Ohio, which later moved to its permanent location in Geneva, Ohio.

He was an avid collector, animal lover and story teller. He had a passion for unique cars and was a member of several car collector clubs. His pride and joy was a 1963 Amphicar and his signature piece, a 1954 Mercury that he sectioned, in the family barn, with his brothers. His immense knowledge of anything mechanical made him the “go-to” guy to for unique solutions to complex problems. He was a generous person to many who knew him and was proud of the accomplishments of his children and grandchildren.

A private memorial for family and close friends will be held at a later date.

In lieu of flowers, the family requests that donations be made to The Cleveland Clinic Foundation for Research for Macular Degeneration.

The Behm Family Funeral Home is assisting the family at this time.

To leave a condolence, you can first sign into Facebook or fill out the below form with your name and email. [fbl_login_button redirect="https://behmfuneral.com/obituary/richard-james-hadlock/?modal=light-candle" hide_if_logged="" size="medium" type="login_with" show_face="true"]
×