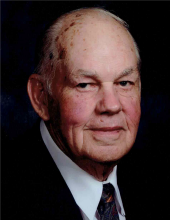 Richard “Dick” J. Harmon, age 87, passed away June 6, 2021. He was born June 12, 1933 the son of Clyde E. Harmon and Sarah (Bungard) Harmon. Dick was a graduate of Madison High School and served in the United States Army from 1953 to 1955 and then worked as a millwright for General Motors many years.

Dick was a member of Immaculate Conception Church and a long standing volunteer for many years with his wife Ann. He also volunteered as a fireman for Madison for many years. The most important thing to Dick was keeping close ties with family and friends. He hand made Christmas wreaths for all family graves every year during the Christmas season. He traveled to Connecticut as often as he could to be with family and attend his grandchildren’s many athletic competitions including football, ice hockey, lacrosse and soft ball games. He often would provide some advise to the coaches whether they wanted it or not. Dick and Ann enjoyed baking chocolate chip cookies for the team and for the grandchildren’s sports teams and college friends. If he personally did not bring them, Dick sent them in the mail fed-ex to assure they would arrive fresh. He touched the lives of all who knew him.

He is survived by his grandson, Curry R. Harmon; granddaughter, Kennison A. Harmon; daughter-in-law, Stacy M. Harmon; and many beloved nieces, nephews and friends.

Mass of Christian Burial will be held at 11:00 AM on Friday, June 18, 2021 at Immaculate Conception Catholic Church, 2846 Hubbard Rd. Madison, Ohio 44057. Funeral Mass will be followed by internment, with military honors at Fairview Cemetery.

In lieu of flowers, contributions in Dick’s memory can be made to ICC Catholic Church at address above.

To leave a condolence, you can first sign into Facebook or fill out the below form with your name and email. [fbl_login_button redirect="https://behmfuneral.com/obituary/richard-dick-j-harmon/?obId=21374811?modal=light-candle" hide_if_logged="" size="medium" type="login_with" show_face="true"]
×