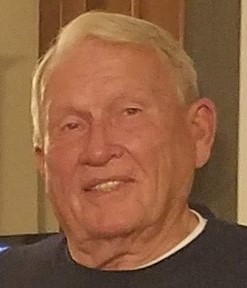 Neal Wayne Robertson, age 80, passed away peacefully on Monday, December 26, 2022 at his home in North Perry, Ohio. He was born February 5, 1942 in Bayou Meto Township, Arkansas to Edna Leola (Watkins) and Hugh Wayne Robertson. Neal married the love of his life, Carol “Susie” Pauline (Beach), on his birthday, February 5, 1966 in Madison. He was a Vietnam Era Veteran serving in the U.S. Navy on the U.S.S. Enterprise.

Neal was retired from the Eaton Corporation and Perry Nuclear Power Plant. He was a dedicated husband, father, and grandfather who loved spending time with his family. Neal enjoyed doing genealogical research, fishing, gardening, carpentry, and watching movies.

Family and friends will be received from 4-7 PM, Tuesday, January 3, 2023 at The Behm Family Funeral Home, 26 River Street, Madison, Ohio. Funeral service will be held at 11:00 AM, Wednesday, January 4, 2023 at the funeral home. Burial will be at North Madison Cemetery. Contributions in Neal’s name may be made to a charity of your choice.

To leave a condolence, you can first sign into Facebook or fill out the below form with your name and email. [fbl_login_button redirect="https://behmfuneral.com/obituary/neal-wayne-robertson/?modal=light-candle" hide_if_logged="" size="medium" type="login_with" show_face="true"]
×