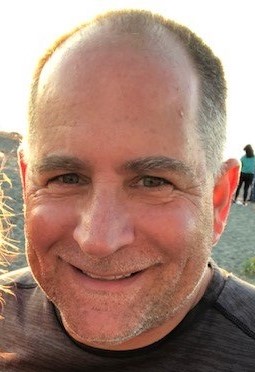 Michael Brent Mihalick, 56, of Mentor, Ohio, left this earth to be with his Lord and Savior on January 12 after a brief illness, surrounded by his family.

Michael was a devoted husband, father, brother, son and loyal friend.  Nothing mattered more to him than his love for Christ, his family, and loving and serving others. He was selfless, kind, patient, funny, and a positive person to be around.  He loved Jesus and shared his faith with everyone.He enjoyed being active and was an avid runner and skilled pickleball player.  He made many friends on the courses and the courts.  He loved the outdoors, clean eating, sunrises and sunsets over the Mentor Marsh and Lake Erie, and “date runs” and dog walks in his Mentor Headlands neighborhood with his wife, Christine.

As a teen, he developed a passion for golf and excelled at it. Before he turned 16, he caddied at some local country clubs and learned even more about the game as he continued to practice and improve his game. In fact, the years he played for Euclid High School (EHS) Golf Team were a few of the most competitive and best years EHS ever had in their conference. He was terrific teammate always supportive with a positive attitude which carried forward into every aspect of his life. Michael was always driven to excel and started working at Kenny Kings when he was 16 making friends everywhere he went.

The mold was set as he became passionate about everything that he did including being a salesman, husband and father. He was always striving to improve by listening to books on tape on trade and faith during long commutes to and from the office.

Michael went to Euclid High School and graduated with a business degree from Akron University. He founded two companies and spent many years in the mobile office leasing business. Later he held senior management jobs in information technology and high-end construction sales. He was the consummate salesman.

He was close to his pets, especially his rescued Australian Cattle dog, Runner. He loved his cat, “Possum”, and ferret, “Ginger”, as well.

He also enjoyed attending the children’s sports and band events through the years from elementary through college including basketball, soccer, football, track and tennis, as well as concert, jazz and marching band events and shows.  He was always enthusiastically present in their lives and was always there to support and cheer on all of them.

He is survived by his wife, Christine Mihalick; his daughter, Brooke Mihalick of Brunswick, Ohio; his son, Grant Mihalick, of Geneva, Ohio; stepchildren, Corey White, Jennifer White, Dylan White, Brendan Frasier, and Landon White.  Michael is also survived by his mother, Nancy Mihalick, of Euclid, Ohio; his sister, Michelle (David) McIntyre; nephew, Scott McIntyre; his Aunts, and several cousins. He is preceded in death by his father, Bryan W. Mihalick.

Friends will be received 3:00 pm to 6:00 pm Thursday, January 20, 2022 at Behm Family Funeral Home, 26 River Street in Madison. Service immediately following at 6:00 pm will be officiated by Pastor Mike Haury of Crossroads Community Church. Online obituary and guestbook at www.behmfuneral.com

To leave a condolence, you can first sign into Facebook or fill out the below form with your name and email. [fbl_login_button redirect="https://behmfuneral.com/obituary/michael-brent-mihalick/?modal=light-candle" hide_if_logged="" size="medium" type="login_with" show_face="true"]
×