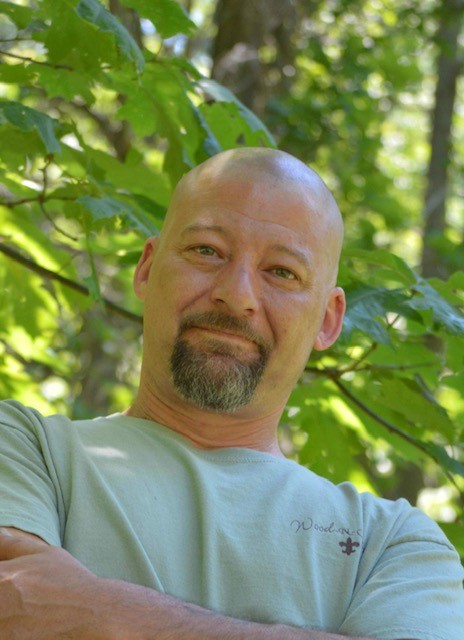 Matthew Bryan Riha, 48, passed away with his wife by his side, January 2, 2022 after a courageous battle with cancer. Matt was born October 9, 1973 in Mayfield Heights, OH to Waren and Penny Riha (Meyers). He grew up in Thompson and loved doing country boy things like playing in the woods, fishing, anything with motors, blowing things up and riding bikes and getting up to no good.

Matt spent the last 30 years of his life with his wife, Mandie, who he met and wooed in High School. They made their home in Madison where Matt worked at many places including Duffy’s tavern and various manufacturing companies, lastly at Ohio Elastomers. Matt was a Son of the American Legion Post 112 where he enjoyed sharing a good drink and conversation with many. To know Matt was to either love him or hate him. He always told it like it was, but those who really knew him know he was a kind and gentle soul. He liked to get a rise out of people, make you laugh or feel good about yourself, usually by flirting. He would give you the shirt off his back and help anyone who needed it. Matt had many interests, playing guitar, riding his Harley Davidson, cooking, growing things you can eat, playing pool, shooting guns, listening to  music, woodworking,  fishing, trivia, tinkering with motors, his cats, meat in a bun and a simple life. He hated tablecloths’, broccoli and stupid people.

Matt was a devoted husband and an amazing dad. Matt and Mandie (aka Mrs. Matt) enjoyed spending time in their home with their cats & daughter, visiting with family and friends, and taking vacations. His most favorite person in the world was his 7-year-old daughter, Tilly. They were thick as thieves and loved to hang out in the garage, build blanket forts, watch tv, keep secrets from mommy, play music, tinker with things, telling jokes and playing chase around the house. Matt was often seen following after Tilly as she played in the cul-de-sac and explored her world. Matt loved to tell people his name meant “Gift from God” and he truly was a gift to his family (even if Mandie often wanted to throw a coffee cup at his head). In his daughter’s words, he was a very, very good man.

He was preceded in death by his mother-in-law Barb Whitaker, father-in-law Scott Burgett, his cats Shamoo, Maizie, Ozzie & JoeJoe, and his and his wife’s grandparents, uncles, aunts and many dear friends.

The family would like to thank his last doctor, Dr. Hirva Mamdani, for helping him fight and giving him one last Christmas with his daughter. Also thank you to all of you who prayed for Matt’s recovery. To those of you that carried us, we will never forget the support and love you have given us.

Arrangements are being handled by Behm Family Funeral Home. A celebration of Matt’s life will be held at the American Legion Post 112 on Friday January 7, 2022 from 2-6 PM. The family will provide a eulogy and toast to Matt at 4:30 PM and invite anyone else who would like to share their memories of Matt.

In lieu of flowers, contributions can be made to his daughter via PayPal @Tillydaddymemorial or directly to Matilda Riha c/o Mandie Riha PO Box 225 Madison, OH 44057.  Online obituary and condolences may be viewed at www.behmfuneral.com

To leave a condolence, you can first sign into Facebook or fill out the below form with your name and email. [fbl_login_button redirect="https://behmfuneral.com/obituary/matthew-bryan-riha/?modal=light-candle" hide_if_logged="" size="medium" type="login_with" show_face="true"]
×