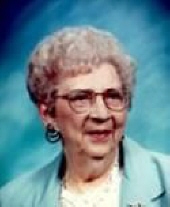 Martha Hurst was born Sept. 22, 1916, on Staten Island, N.Y., to Charles and Effie Starlin. She married Fount M. Hurst March 20, 1943, on Staten Island and they later chose to live in Ohio because it was between her New York home and his of Kansas. They moved to Geneva, Ohio in 1950 where Martha became known for her NY flair and accent (which she never lost). Martha graduated from Port Richmond High School in New York in 1932 where she played basketball and excelled academically. She went on to major in biology and earned her B.S. degree from Brooklyn College planning on becoming a teacher. She decided teaching was not the profession for her; but she needed to help her family financially, so she went on to the Stenotype Institute of New York City. Martha became a stenotypist at Hearst magazines where she recorded luncheon meetings for prominent speakers, including NYC Mayor Fiorello LaGuardia. She was also a stenotypist for various agencies in the Welfare Council of NYC. Later Martha became the Official Court Reporter for Surrogate Court on Staten Island. As a Certified Shorthand Reporter and Registered Professional Reporter, she was Official Court Reporter of the Common Pleas Court of Ashtabula County for 25 years. She was a member of the Ohio Shorthand Reporters Association and the National Shorthand Reporters Association. Martha was an active community participant in Geneva and was a member of the American Red Cross, Grace Chapter of Eastern Star, the Progressive Literary Club, VFW Auxiliary in Kansas, past member of the board of the Ashtabula Arts Center, and past President of Ashtabula Area Zonta Club where she was voted Woman of the Year in 2000. In addition, she was an involved member of the Geneva United Methodist Church where she sang in the church choir, belonged to the Come Doubles Club, and was a member of various circles and many committees. She and Fount found recreation in square dancing and world travel. Martha was known for her generosity, caring, and hard work but also for her wit and ability to tell good stories. She was the repository for jokes at the court house and was asked for jokes at the beginning of committee meetings and gatherings. Her main hobbies were needlpoint and bridge. She was a member of the American Field Service Bridge-a-rama and several other bridge clubs, often belonging to three at one time. Martha Hurst was preceded in death by her parents, her husband, Fount in 1988; her brother, Bert Starlin, and sister, Althea Letts. Survivors include her sister, Grace Muller of Madison; two daughters, Sherri Hurst of Ashtabula and Jayne Geneva (Louis) of Cleveland Heights; four Geneva grandchildren, Fount Scott (Amanda), Charles Tyler, Keith Cody (Shiaohan), and Shayne Elin. Martha also greatly enjoyed the antics of four great grandchildren, Fount Jack, Sydney Pearl, Samanta Lilly, and Kayla Lin Martha.

Family and friends may call from 10 – 12 p.m on Saturday April 18, 2015 at the Geneva United Methodist Church Fellowship Hall, 89 South Broadway, Geneva Ohio 44041. Funeral service will follow in the Sanctuary at 12:00 p.m. Rev. Bruce Hitchcock will be officiating. Final Resting Place will be Evergreen Cemetery.

Memorial contributions may be made to the Income for Church Growth Foundation, founded by Fount and Martha Hurst as they perceived the need to maintain the physical plant of the church c/o The Geneva Methodist Church, 89 South Broadway, Geneva, Ohio 44041.

To leave a condolence, you can first sign into Facebook or fill out the below form with your name and email. [fbl_login_button redirect="https://behmfuneral.com/obituary/martha-june-starlin-hurst/?obId=2520684?modal=light-candle" hide_if_logged="" size="medium" type="login_with" show_face="true"]
×