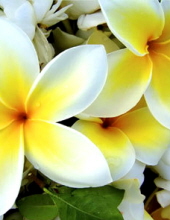 Margaret K. White, formerly of the Fairmont, West Virginia area, passed away Friday, January 15, 2021 at the Geneva Village Skilled Nursing and Rehab Center in Geneva, Ohio. She was born November 28, 1942 to Ryland and Gladys White of Fairmont, WV.

Over the years Margaret was active in Girl Scouts, as a scout troop leader and as camp director of the national scout jamboree. She taught music and was the media specialist at Fairview, West Virginia’s elementary and middle schools. Until recent years she was very active in the First Southern Baptist Church in Fairmont where she had a sign language ministry.

She was preceded in death by her parents, Ryland and Gladys; her sister, Eleanor Jane Schmidt; and brother-in-law, William Baker.

A Christian Burial will take place for both Margaret White and William Baker at a date to be determined later.

The Behm Family Funeral Home of Geneva is assisting the family at this time. Online obituary and condolences may be viewed at www.behmfuneral.com

To leave a condolence, you can first sign into Facebook or fill out the below form with your name and email. [fbl_login_button redirect="https://behmfuneral.com/obituary/margaret-k-white/?modal=light-candle" hide_if_logged="" size="medium" type="login_with" show_face="true"]
×