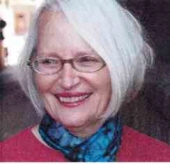 M. Suzanne “Sue” Hartman-Byerley, beloved mother, wife, grandmother, teacher, and friend, age 76, of Solon, Ohio, (formerly of Pierpont and Cleveland Hts), passed away suddenly on Tuesday, May 14, 2013. She was born January 20, 1937 in Seguin,Texas to Gertrude (nee Sweat) & J. W. “Bill” Forse, and she married Andrew Byerley on October 10, 1981 in Cleveland Heights. Sue was a writer, educator, and editor of fiction, poetry, and essays. She found great inspiration and comfort from nature, the arts, travel, and loving relationships with family and friends. Scores of her short stories were published in commercial and literary magazines such as Woman’s Day, Cleveland Magazine, Family Circle, and Kansas Quarterly. She earned BA and MA degrees from the Universities of Iowa and Michigan, respectively. While at Univ of Michigan, she won a Hopwood Award for fiction and a Fulbright Scholarship for study in Heidelberg. She moved to Cleveland Heights in 1966 and was an active participant in her community, as a teacher, board member, director, and volunteer. She taught writing courses at Case Western Reserve University from 1966-1980, where she was also the Director of Communications. In 1984, she became the Director of Communications & Development at the College of Urban Affairs, Cleveland State University. She taught workshops for minority writers at Karamu House for many years and, in 1971, was a founding member of the board of New Day Press, a Cleveland publishing company devoted to work by and about American minorities. In 1987, she and her husband relocated to Mendocino, California where she taught at The College of the Redwoods and was honored as the Associate Faculty of the Year. She was the co-Director of the Mendocino Coast Writers’ Conference from 1996-2005. She returned to Ohio in 2004 and continued to teach creative writing workshops at libraries in Kingsville, Conneaut, and Geneva. As a breast cancer survivor of 20 years standing, Sue was a volunteer for Hospice of the Western Reserve. Suzanne is survived by husband, Andrew Byerley of Solon; daughters, Tanya Hartman of Chagrin Falls, Elisa (Peter Kazanzides) Hartman of Baltimore, MD, & Lorien (Sean Reilly) Hartman of University Heights; grandchildren, Andrew, Lily, Benjamin, Zoe, Emerie; brothers, David (Patricia) Forse & John (Cheryl) Forse both of Minneapolis, MN; and nieces, Diane, Erin & Nicole. She was preceded in death by her parents. A Memorial Service will be held 2:00 PM, Sunday, June 16, 2013 at The Unitarian Church, 21600 Shaker Blvd., Shaker Heights, OH 44122. Final Resting Place is Foxfield Preserve, Wilmot, Ohio. In lieu of flowers, tax-deductible donations may be made to the Suzanne Byerley Memorial Fund, Mendocino Coast Writer’s Conf, PO Box 2087, Fort Bragg, CA 95437 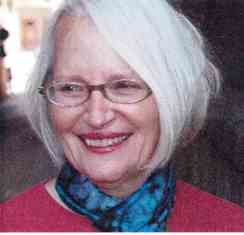 To leave a condolence, you can first sign into Facebook or fill out the below form with your name and email. [fbl_login_button redirect="https://behmfuneral.com/obituary/m-suzanne-sue-hartman-byerley/?obId=2520566?modal=light-candle" hide_if_logged="" size="medium" type="login_with" show_face="true"]
×