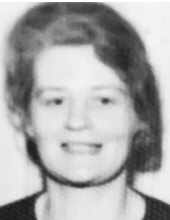 Loretta Jean Neubert (nee Sinsel) age 85 of Albuquerque, NM, who was a resident of Ohio for over 50 years, passed away on Sunday, February 2, 2020. Born in Brownton, WV on January 13, 1935, she was the daughter of the late Earl and Genevieve (Dobbins) Sinsel.

With a strong work ethic Loretta graduated from Nursing School and worked as an LPN at Lake East Hospital in Painseville and Broadfield Manor in Madison. She truly loved spending time with her family and she took great pride in her 13 grandchildren and 18 great grandchildren.

Loretta is survived by her children, Barb (Roger) Ramey and their children Alan, Tara, and Amanda; Walter (Shelly) Neubert and daughter Angela; Anna (David) McMurray and their children Tiffany, Brittany, and David; Thomas Neubert and his children Nicholas and Jordan; Cheryl (James) Wilkinson and their son Evan; Robert (Joyce) Neubert and children RJ and Ryan; Janyss Ward and her son Danny. She is also survived by 18 great grandchildren and her sisters, Patty (Carl) Mouser and Karen (Nick) Caldwell. Loretta was preceded in death by her parents and her husband, Walter.

To leave a condolence, you can first sign into Facebook or fill out the below form with your name and email. [fbl_login_button redirect="https://behmfuneral.com/obituary/loretta-neubert/?modal=light-candle" hide_if_logged="" size="medium" type="login_with" show_face="true"]
×