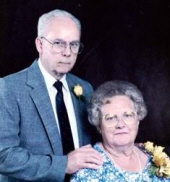 Lois Ellen Wilson, a resident of Madison, Ohio passed away Friday, March 11, 2016 at Cardinal Woods. She was 89 years old. Born February 9, 1927 in Chardon, Ohio, she was the daughter of Onida (Whitney) Warner and Fremont Warner.

She was a 1944 graduate of Thompson High School. On July 10, 1944 she married Perry Wilson of Jefferson, Ohio. She was a member of Grace Lutheran Church in Thompson and a former member of Angeline Rebekah Lodge of Thompson.

A homemaker, she was also a 25 year Democratic poll worker for Thompson Township. She also volunteered at the Thompson Library. Her hobbies were reading, scrapbooking and crossword puzzles.

In her younger years she worked at Chardon Rubber, Industrial Rayon and Kresge’s store in Painesville.

She was preceded in death by her husband Perry in 2008, a son Perry, Jr. in 1963, a great-granddaughter, Adriana Sheffel in 2008 and brother John in infancy.

Friends will be received 5 8 p.m. on Thursday, March 17, 2016 at THE BEHM FAMILY FUNERAL HOME, 26 River Street, Madison, OH 44057. A Funeral Service will be held 11:00 a.m. Friday, March 18th at Grace Lutheran Church, 8091 Plank Road, Thompson, Ohio 44086. Final Resting place will be Maple Grove Cemetery in Thompson. Contributions may be made in her name to the Hospice of the Western Reserve, 17876 St. Clair Avenue, Cleveland, OH 44110. Friends may leave condolences online at www.behmfuneral.com 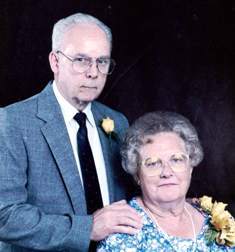 To leave a condolence, you can first sign into Facebook or fill out the below form with your name and email. [fbl_login_button redirect="https://behmfuneral.com/obituary/lois-ellen-wilson/?obId=2520370?modal=light-candle" hide_if_logged="" size="medium" type="login_with" show_face="true"]
×