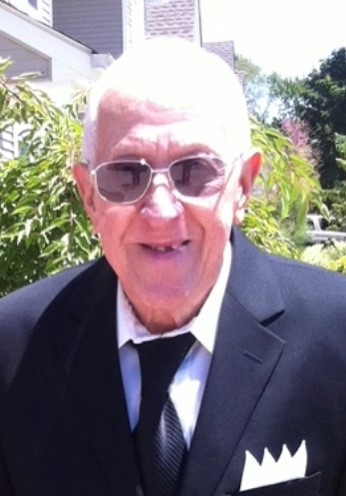 Leroy Edward Hughart, age 90, of Madison, passed away Wednesday, March 30, 2022, at Cardinal Woods Nursing Home. He was born May 8, 1931 in Andover, the son of William Patrick Hughart and Thelma Noyrene (Turner) Hughart. He married Marilyn Jean Dodd May 30, 1952 in Ripley, NY.

Leroy served in the U.S. Army during the Korean Conflict. He retired from COE Manufacturing, where he worked with sheet metal. However, his family will remember him as the man who lovingly cared for his wife when she was ill. Leroy never left her side. Music added spirit to his life. He thoroughly enjoyed good Country and played guitar.

Private Family Services will be observed. Final Resting Place will be Perry Cemetery. Online obituary and condolences may be viewed at www.behmfuneral.com

To leave a condolence, you can first sign into Facebook or fill out the below form with your name and email. [fbl_login_button redirect="https://behmfuneral.com/obituary/leroy-edward-hughart/?modal=light-candle" hide_if_logged="" size="medium" type="login_with" show_face="true"]
×