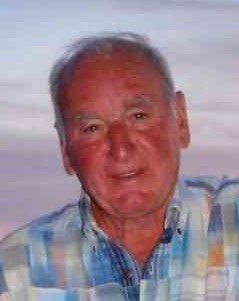 Leo Kampas, age 83 of Macedonia passed away at home on June 3, 2022. He was born February 5, 1939 into a large, loving family, the seventh of eight children, in Wendel, WVA. His Greek immigrant father instilled a strong work ethic in him early on, and Leo worked delivering newspapers well before his school day began and returned to nursery work long after his school day ended. After graduating from Harvey High School, he met Gerry, the love of his life, and devoted his next 60 years to their marriage.

Leo served in the US Army, stationed in Ft. Bliss, TX but was drawn back to Ohio to continue his trucking business – working tirelessly throughout the day and night propelling him to become the top independent truck driver in Lake County. If Leo were here, he would tell you the best years of his life were the 42 years he spent living in Madison Village, where he raised his two daughters and proudly sent them through college.  When he was not working, you would find Leo tending his ever growing garden, always freely sharing his bounty of tomatoes and peppers with all. Leo never seemed to be able to feed you enough, give you enough and he always found ways to quietly help others while never seeking recognition.  Leo loved his large family and looked forward to their annual multi-day reunions during this time and kept them in his thoughts during his later years. His Greek heritage was also important to him and his most cherished trip was when he took his entire family to Greece to celebrate his 70th birthday. Included in this trip were his daughters, Michele and Janele, their husbands, Jeff and John and his five grandsons, Nicholas, Cole, Leonidas, George and Theodore (Teddy).

While Gerry was Leo’s sunshine, the boys were his moon and stars. Nan and Pop could be seen at the boys’ many, many sporting games and concert events, pulling up in their car with the license plate “5GRSUNS”. Pop proudly represented each school and he could always be seen wearing his Brecksville Bee or Shaker Raider spirit wear. In recent years, Pop’s wardrobe expanded to include the Ohio State Buckeyes, DePaul Demons, Northeastern Huskies , SCAD Bees and the Northwestern Wildcats as his grandsons were accepted and moved away to attend college. Never in his wildest dreams could he have imagined “The Places They Would Go” from his humble beginnings. Leo’s constant support, love and work ethic he instilled in his family will live on through his grandsons – his greatest legacy.

A Graveside Service will take place at 11 am on Saturday, June 11, 2022 at Fairview Memorial Park in Madison. Behm Family Funeral Home of Madison is assisting the family. In lieu of flowers, donations can be sent to the American Red Cross. Online obituary and condolences may be viewed at www.behmfuneral.com

To leave a condolence, you can first sign into Facebook or fill out the below form with your name and email. [fbl_login_button redirect="https://behmfuneral.com/obituary/leo-kampas/?modal=light-candle" hide_if_logged="" size="medium" type="login_with" show_face="true"]
×