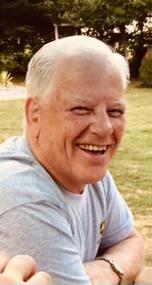 Leland Andrew Davidson, age 76 of Geneva passed away Sunday, January 30, 2022 at Hillcrest Hospital. He was born December 10, 1945 in Toledo, the son of Andrew and Fern Davidson.

Leland served his country in the United States Army. He survived Vietnam, and an amanita widow maker mushroom.

He worked at RB&W, TRW, and Bennett Machine & Stamping. He most enjoyed being his own boss (Vine Grinding) in the tool and die trade. He thoroughly enjoyed his fishing trips, and loved the numerous Ohio State football games, Browns, eh, not so much. He had a love/ hate relationship with his tractors, cars, and trucks. If you hung around long enough, you would often learn new nouns and verbs to string together in the way only Papa could. He instilled a love of service to our country in all of us and was very proud of the fact that he could fly the American, Army, Marines, Navy, and Air Force flags due to the service of his son and grandchildren. His sense of humor was endless. He went to some very exotic places with his one true love, Connie Jo. Family was so very important to him, and in the end, he only wanted more time to spend with us.

To leave a condolence, you can first sign into Facebook or fill out the below form with your name and email. [fbl_login_button redirect="https://behmfuneral.com/obituary/leland-andrew-davidson/?modal=light-candle" hide_if_logged="" size="medium" type="login_with" show_face="true"]
×