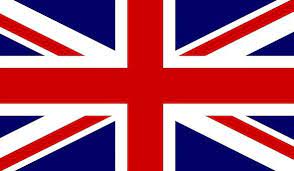 Kathleen M. Edgecombe, age 96, of Madison, passed away Wednesday, October 12, 2022 at Country Club Retirement Center. She was born September 16, 1926 in Ilkeston, England, the daughter of Mark and Elizabeth (Morton) Russell. She married William David Edgecombe in Ilkeston, England on Oct. 25, 1947.

Kay served as a member of the Women’s Royal Navy in World War II, and she met her husband, William, at a USO dance during that war. Together, they had two beautiful children, and built a life together spanning nearly 70 years. Kay worked in Lake County as a medical assistant and became a member of “The Daughters of the British Empire” and was “Eastern Star” among Masons. She was generous, charitable and loved animals and music. Most of all, Kay was a wife and mother, and she will be greatly missed.

She is survived by daughter, Melanie Edgecombe; son, Michael (Merrily) Edgecombe; sister, Patricia Carson. She was preceded in death by her husband, William David Edgecombe; parents; and sister, Violet Jones.

A Memorial Visitation will be held on Saturday, October 22, 2022 and friends will be received from 3-5 pm at the Behm Family Funeral Home, 26 River St., Madison. Online obituary and condolences may be viewed at www.behmfuneral.com

To leave a condolence, you can first sign into Facebook or fill out the below form with your name and email. [fbl_login_button redirect="https://behmfuneral.com/obituary/kathleen-m-edgecombe/?modal=light-candle" hide_if_logged="" size="medium" type="login_with" show_face="true"]
×