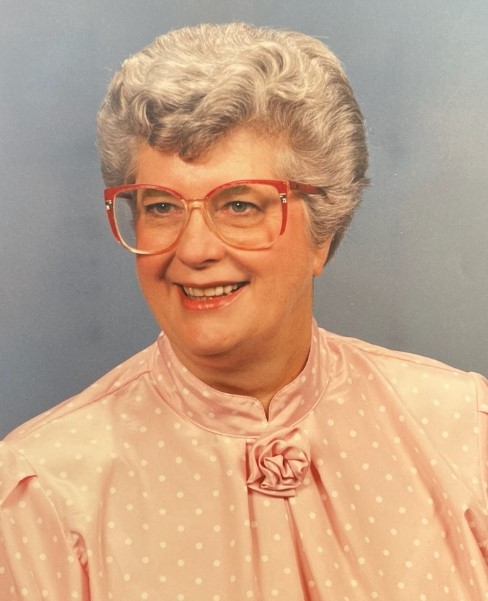 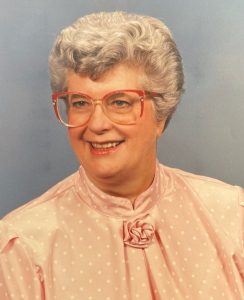 Joyce June (Klemm) Matchinga, 93, of Park Hills, Kentucky went home to be with her Lord and Savior, Jesus Christ on October 5, 2022. She transitioned to glory peacefully after a lengthy battle with dementia.

Joyce was born in Cleveland, Ohio, to Henry and Helen Klemm on June 7, 1929. She grew up in east Cleveland with her younger siblings, Judy and Jerry. In high school, Joyce was a member of National Honor Society, as well as the music, drama, debate, Laurean, and Athenaeum clubs. Joyce graduated from East High in 1946 and was the class mantle orator, the highest honor that could be awarded to a female graduate at that time.

Joyce and her family moved to Madison, Ohio in the 1950’s and lived there through the late 1970’s. When her sons were young, Joyce worked weekends at a local restaurant as a server in order to be with her boys during the week. When the boys were older, Joyce began a career in banking, where she was promoted to head teller and eventually to the position of loan manager. When Joyce’s husband, Ernie, passed away in 1975, she decided to move to Columbus, Ohio to be closer to her parents and siblings. In Columbus, Joyce began a second career with Borden. She began as a customer service representative for their Elmer’s Glue brand.  She was eventually promoted to department manager before retiring in 1994.

Art remained a steady passion throughout Joyce’s life. She was gifted in her work in ceramics, creating countless treasures for family and friends over the years. She enjoyed oil painting as well as the art of cross stitching. Joyce spent over a year cross stitching a spectacular replica of a Thomas Kinkaid painting. Joyce poured herself fully into everything she did, and family was her highest priority. She loved to visit her grandchildren and would always arrive at these visits fully prepared with craft projects to work on with them.

Joyce also enjoyed sports and remained active by bowling and golfing. She loved to bowl and played on competitive teams with brother and sister-in-law, Jerry and Susan Klemm, when she lived in Columbus. She always looked forward to Friday nights because that is when she bowled and went out to dinner with Jerry and Susan.  When Joyce moved to the Cincinnati area in 2001, she bowled with Cincinnati Rotary Club League. Golfing was a pastime that she shared with her oldest grandson, Mike Matchinga. When Mike attended The Ohio State University in the mid 1990’s, he and Joyce would play at Columbus area par 3 courses. Joyce played golf with her sister-in-law, Susan, weekly as well.

Music was something that was near and dear to Joyce’s heart throughout her life.  As a child, she enjoyed singing at church, and this carried through the rest of her life. Singing hymns brought her both comfort and joy. Her singing and humming lasted well into the years that she struggled with dementia, sometimes finding joy in humming tunes known only to her.

Calling hours will take place on October 15, 2022 from 10:00 a.m. – 12:00 p.m. at Behm Funeral Home 26 River Street, Madison. The memorial service will take place on Saturday, October 15 at 12:00 p.m. at the funeral home and will be officiated by Pastor Justin Boyles of Horizons Christian Assembly. A graveside service will follow at Fairview Memorial Park in Madison.

Should friends desire, in lieu of flowers contributions can be made in Joyce’s name to The Alzheimer’s Association. https://www.alz.org

To leave a condolence, you can first sign into Facebook or fill out the below form with your name and email. [fbl_login_button redirect="https://behmfuneral.com/obituary/joyce-june-matchinga/?modal=light-candle" hide_if_logged="" size="medium" type="login_with" show_face="true"]
×