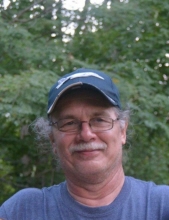 On Wednesday, January 29, 2020, Joseph Rathy, loving husband and father of four, passed away at the age of 62.

Joe was born on February 4, 1957 in Bedford, OH, to Joseph and Sophie Rathy. On July 11, 1975, he married the love of his life, Fi, and they raised three daughters, Sandi, Stacy and Miranda, and one son, Joseph Jr.

Joe was a good man, always willing to lend a helping hand. He didn’t have much to give, but he always gave what he could to those in a bind. He was a hardworking man and worked for Conn-Selmer for 40 years.

He had a passion for adventure and loved traveling with his family (always making sure to get a rock and magnet from the places he visited) and for the places he couldn’t go, he would visit vicariously through the History or Discovery channel. His next adventure would’ve taken him to Germany.

He was an avid collector of music and belonged to several music blogs. He loved to share his musical findings, and you never knew what to expect when he pushed play. Above all else, Joe was a family man, who would enjoy a glass of chocolate milk and peanut butter sandwich with his wife, children and grandchildren before bedtime. He was known to make up elaborate bedtime stories or crack a random joke here and there. He may have looked stern, but he had a heart of gold and would do anything for his family. In his younger years, he was definitely the life of the party and threw many great parties in the “Outback”, but later on you may know that if his dog, Charlie, couldn’t go then he was not going.

To leave a condolence, you can first sign into Facebook or fill out the below form with your name and email. [fbl_login_button redirect="https://behmfuneral.com/obituary/joseph-rathy/?modal=light-candle" hide_if_logged="" size="medium" type="login_with" show_face="true"]
×