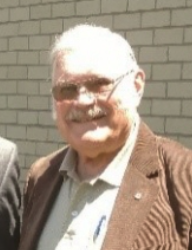 Joe was a Mechanical Engineer and was a member of Immaculate Conception Church and of the Knights of Columbus Madison-Geneva Council. He was a jack of all trades and his motto was “have duct tape-will travel” and “broken campers are us”. He tried to fix everything and was the original “hold my beer, I’m going to give this a shot”- type of guy!

Friends will be received 4-8 pm Monday December 6, 2021 at Behm Family Funeral Home, 26 River Street, Madison. Mass of Christian Burial will take place 11 am Tuesday Dec. 7, 2021 at Immaculate Conception Church, 2846 Hubbard Rd, Madison with 1 hour of visitation prior to the service. Final Resting place will be Perry Cemetery. Contributions may be made in Joe’s name to Hospice of the Western Reserve PO Box 72101, Cleveland, Ohio 44192.

To leave a condolence, you can first sign into Facebook or fill out the below form with your name and email. [fbl_login_button redirect="https://behmfuneral.com/obituary/joseph-f-zalar/?modal=light-candle" hide_if_logged="" size="medium" type="login_with" show_face="true"]
×