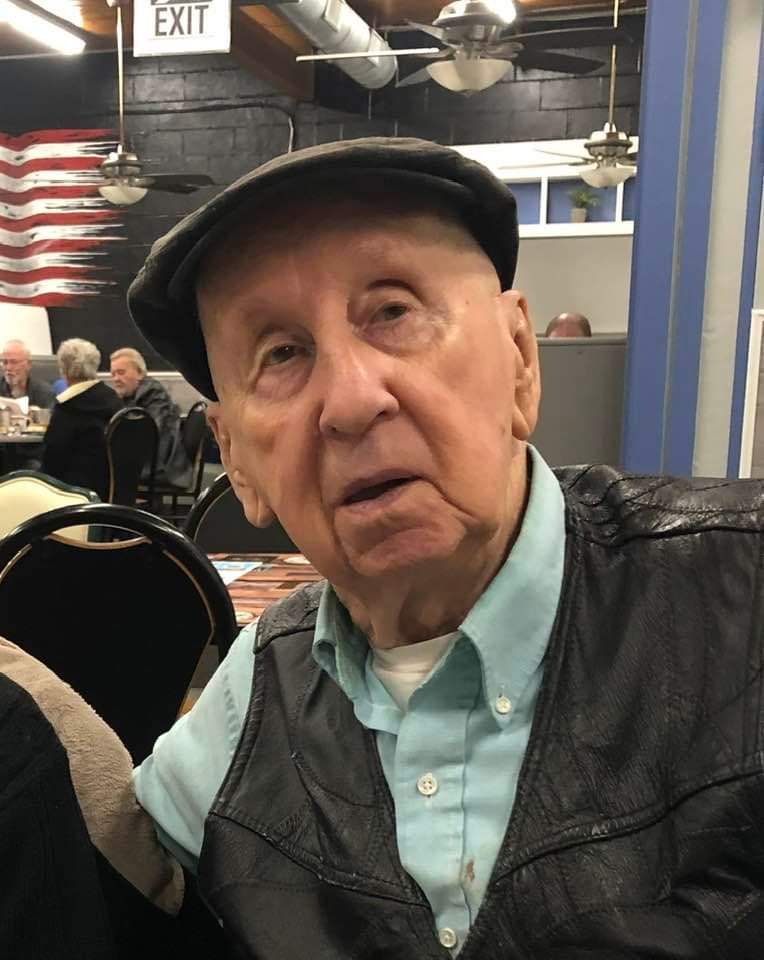 James “Jim” Staten Sr. passed away on 15 May 2022 at the Lantern of Madison, Ohio. Jim was born on February 25th 1932 in Athens, Ohio.  As a teenager Jim and his family moved from the Athens area to Painesville, Ohio.  James went to work at the A&P in Painesville and it is there he met the love of his life, Betty Jean (Maltry) Staten. James and Betty were married in Painesville, Ohio on February 13th 1951. James and Betty settled into their new home on Lockwood Road in Madison, Ohio where they raised their 3 children: James Jr, Sandra and Martha. Jim retired in 1982 from Parker Hannifin in Willowick, Ohio.

After Betty’s passing in 1981, Jim met Clara K. Eckerfield at the Painesville Township Dance Hall and were married shortly thereafter.  Jim and Clara moved to Clara’s home in Bodfish, California. That is when Jim found a true love for traveling the country.  Jim and Clara decided to become snowbirds spending their summers at Heritage Hills campground in Thompson, OH and then would set out to discover new parts of the Country during the winter months. Jim and Clara eventually moved from Bodfish, CA, to Yuma AZ, and then to Deming New Mexico. Jim loved to tell his family of the places he traveled and people he met along the way. Jim was a kind and generous man who was always the first to stop and help someone in need, He would volunteer to drive Senior citizens into Mexico regularly so they could purchase their medications. Jim and Clara also volunteered at the local Hospital in Deming, New Mexico doing various jobs. Jim had a strong faith in God and would love to recite PSALM 23 by memory.

After the passing of Jim’s second wife Clara he decided to move back to Madison, Ohio to be closer to his children and grandchildren. Jim took up residence at the Lantern of Madison. Jim made many friends there and the family wants to express their heartfelt appreciation to Dottie Brewster who he spoke with daily as Dottie would read to him the Daily Bread.

Jim was a true craftsman and proudly referred to himself as a Rock Hound – rock and mineral collector). He loved to make rings, bolo ties and belt buckles out of the stones he would forage for. Jim would meticulously, cut, polish and set the stones.  Jim was very proud to pass his works down to his children and grandchildren. Jim also loved to ballroom dance and would attend dances at the Painesville Township Park Dance Hall to dance the night away with first wife Betty and later with his second wife Clara. Jim and Clara won numerous ballroom dance contest.

A memorial Service to Celebrate Jim’s Life will be 11 AM, Saturday, September 24, 2022, at First Baptist Church of Perry, 3918 Main Street, Perry Ohio, 44081. Friends are welcome to gather and greet Jim’s family, from 10 AM to just before service at 11 AM. Final resting place will be Madison Memorial Cemetery on Arcola Road in Madison, Ohio, where there will be a committal following the church service.

To leave a condolence, you can first sign into Facebook or fill out the below form with your name and email. [fbl_login_button redirect="https://behmfuneral.com/obituary/james-staten-sr/?modal=light-candle" hide_if_logged="" size="medium" type="login_with" show_face="true"]
×