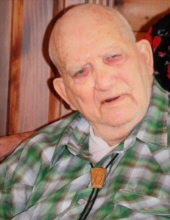 James S. Dennis, age 93, passed away peacefully at home on May 30, 2021. He was born December 23, 1927 in Shawnee OK to Nettie (Ratliffe) and Rev. John S. Dennis. He was a graduate of Kingston Oklahoma High School and Murray Junior College and then attended Oklahoma University and Oklahoma State University. He married Mildred L. (Murphy) Dennis on February 3, 1952. He served in the United States Army during the Korean War.

James worked for U.S.I. Chemical in Tuscola, IL and later at U.S.I., now known as Lyndal in Fairport Harbor from 1966 to 1990. He was active in donating his time to his church and community and volunteered at various local sports programs.

The family will receive friends 11 am Wednesday June 9, 2021 at Perry United Methodist Church with a service following at 11:30, officiated by Pastor Bill Grant, assisted by Pastor Liz Krall. Behm Family Funeral Home of Madison is assisting the family.

To leave a condolence, you can first sign into Facebook or fill out the below form with your name and email. [fbl_login_button redirect="https://behmfuneral.com/obituary/james-s-dennis/?modal=light-candle" hide_if_logged="" size="medium" type="login_with" show_face="true"]
×