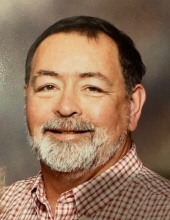 James “Jim” Peter Schafer, age 77, of Thompson, passed away unexpectedly Sunday, July 25, 2021 on Middle Bass Island only 16 days after the passing of his beloved wife, Judy. He was born January 21, 1944, the son of Paul A. and Anna May (Davis) Schafer. He married Judith Ann Wright on June 20, 1964. Jim and Judy were high school sweethearts and spent a total of 62 years together between dating and marriage.

Jim worked for the City of Cleveland during the infamous Cuyahoga River fire of 1969 and was a member of a small task force that confronted industrial polluters. His work was instrumental in cleaning up the river. He was later appointed Deputy Director of the Ohio Department of Natural Resources by Ohio’s governor. Jim also founded Grace Geothermal, one of the first geothermal heating companies in Northeastern Ohio. He loved traveling, camping and Lake Erie. Jim and Judy enjoyed spending time at their cottage on Middle Bass Island in Ohio, as well as winters in Key Largo, Florida. Jim was a member of the Thompson United Methodist Church.

He is survived by his brother, Thomas L. Schafer; sons, Michael J. (Lisa) Schafer, Scott P. (Kelli) Schafer; grandchildren, Katyln, Emily (Blake), Jacob (Megan), Jessica, Alyssa and Lydia. He was preceded in death by his wife, Judith; his parents; Paul A. and Anna May Schafer.

Friends and family will be received 5-8 pm Monday, August 2, 2021 at Behm Family Funeral Home, 26 River Street in Madison. Service will be at 1 pm Tuesday, August 3, 2021 at the Funeral Home. Final Resting Place will be Unionville Alexander Harper Cemetery. Online obituary and condolences may be viewed at www.behmfuneral.com

To leave a condolence, you can first sign into Facebook or fill out the below form with your name and email. [fbl_login_button redirect="https://behmfuneral.com/obituary/james-jim-peter-schafer/?obId=21816936?modal=light-candle" hide_if_logged="" size="medium" type="login_with" show_face="true"]
×