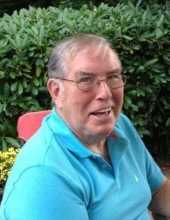 Jack was a driver and supervisor at UPS for over 30 years. He also loved farming and raising barrel-racing horses.

Friends will be received 2-5 pm Sunday, January 26, 2020, at the Behm Family Funeral Home, 26, River Street, Madison, OH with a Memorial Service immediately following at 5 pm at the funeral home. In lieu of flowers, the family would prefer you visit a loved one and cherish the time you have with them.

To leave a condolence, you can first sign into Facebook or fill out the below form with your name and email. [fbl_login_button redirect="https://behmfuneral.com/obituary/jack-lee-harter/?modal=light-candle" hide_if_logged="" size="medium" type="login_with" show_face="true"]
×