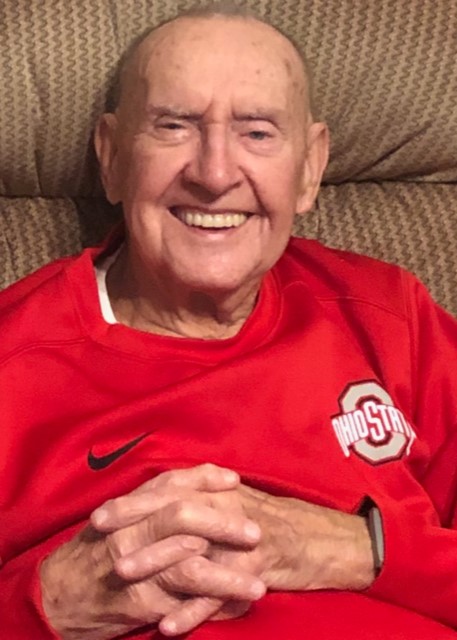 Henry served in the U.S. Army during the Korean conflict.  He worked at the Metal Wheel, Reliance Electric and at Peoples Savings Bank.  Henry  was a Member of Geneva VFW Post #6846 and the Fraternal Order of Eagles. He liked gardening and following the Cleveland Indians, Browns, and Cavs, but he especially enjoyed  spending time with his grandchildren, great grandchildren, and attending their sporting events.

He was preceded in death by his wife of 51 years, Yvonne M. (Green) Coy; his parents; brothers, David and Perry Coy; and sisters, Alta, Edith, Hazel, Annabelle, Gertrude, and Jane.

Friends will be received from 5:00 to 8:00 pm on Monday, June 27, 2022 at the Behm Family Funeral Home, 175 S. Broadway in Geneva. Guests are welcome to wear attire representing their favorite sports teams. Funeral Service will be held at 11:00 am on Tuesday, June 28, 2022 at the funeral home. Final resting place will be Evergreen Cemetery in Geneva where military honors will be presented.

The family would like to recognize Henry’s recent caregivers, Chelsey and Sandy for their loving care.  In lieu of flowers donations may be made in Henry’s name to Hospice of the Western Reserve. Online obituary and condolences may be viewed at www.behmfuneral.com

To leave a condolence, you can first sign into Facebook or fill out the below form with your name and email. [fbl_login_button redirect="https://behmfuneral.com/obituary/henry-coy/?modal=light-candle" hide_if_logged="" size="medium" type="login_with" show_face="true"]
×