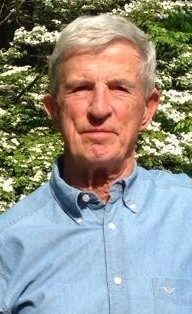 Harrison “Harry” Farnsworth Gleason III, age 90, passed away Monday, February 14, 2022, at the Lantern of Madison, with his loved ones by his side. He was born May 12, 1931, in Pittsburgh, the son of Harrison Farnsworth Gleason Jr. and Mary Elizabeth (Close) Gleason.

Harry grew up in Pittsburgh, graduating from Edgewood HS and then the University of Pittsburgh, where he was a member of Phi Gamma Delta and earned a B.S. in Geology. After school, he served his country in the US Army from 1954-1956, working with the Inter-American Geodetic Survey to create maps of several South and Central American countries.

Once back home, Harry headed down to Houma, LA to work as a geophysicist in the oil business. There he met and married Ann Rhea on August 25, 1962. This August, they would have celebrated 60 years of marriage.

His work as a geophysicist would take he and Ann (and soon their sons Robert and Kenneth) from Houma to Bartlesville, OK to Houston, TX to Calgary, Canada to New Orleans, LA before finally settling in Kingwood, TX, just outside of Houston. Harry retired in 1991 and they moved to Madison, Ohio, where Harry’s extended family had been enjoying Lake Erie and the amazing tomatoes and corn since before Harry was born.

Harry had a wonderfully dry sense of humor (i.e. he named our Brittany spaniel “Toulouse”) and was happiest when he was outdoors. He enjoyed golf (even winning some amateur tournaments in the 50s), tennis, swimming (in Lake Erie, the Gulf of Mexico, Lake Livingston, and eventually, the Madison Y), hiking (especially in the Smoky Mountain National Forest and in the mountains around Red River, NM), sailing, running (he was still running 3 miles, 3 days a week in his 70s), gardening, reading (especially biographies) and travel.

He was preceded in death by his parents and tragically, his first grandson, Dylan Isaac Gleason, who passed away in 2021.

A private celebration of Harry’s life is being planned for when it’s warmer. The Behm Family Funeral Home is assisting the family. In lieu of flowers, contributions in Harry’s name can be made to the Madison Food Center, 1954 Hubbard Road, Madison, OH 44057 or the Hospice of the Western Reserve, PO Box 72101, Cleveland, OH  44192.

Online obituary and condolences may be viewed at

To leave a condolence, you can first sign into Facebook or fill out the below form with your name and email. [fbl_login_button redirect="https://behmfuneral.com/obituary/harrison-farnsworth-gleason/?modal=light-candle" hide_if_logged="" size="medium" type="login_with" show_face="true"]
×