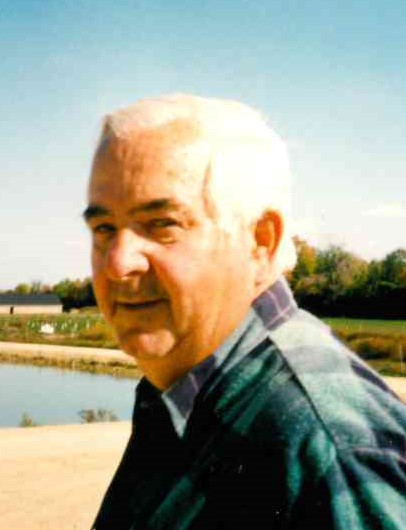 Harold was a 1949 graduate of Thompson High School.  After graduation he served in the United States Army during the Korean War in Germany. He worked as a Machinist and Inspector at Addressograph-Multigraph in Cleveland, retiring in 1981 after 32 years. He was a member of the Thompson Odd Fellows Lodge and a member of St. Patrick’s Church, and enjoyed spending the winters in Ft. Meade, Florida and also enjoyed hunting and fishing. Harold was a great story teller and he had a great sense of humor with an unforgettable laugh which was infectious.

He was preceded in death by his wife of 56 years, Jeannette Pfouts; his parents; and brother, Douglas Pfouts.

Friends will be received from 5-7 pm on Thursday, December 1, 2022 at the Behm Family Funeral Home, 26 River St., Madison. A Funeral Service will be held at 11 am on Friday, December 2, 2022 at St. Patrick’s Catholic Church, 16550 Rock Creek Rd., Thompson. Contributions may be made in Harold’s name to the Geauga Council of Aging, 12611 Ravenwood Dr., Chardon, OH 44024 or Home Instead, 7334 Center St, Mentor, OH 44060. Final Resting Place will be Maple Grove Cemetery in Thompson. Online obituary and condolences may be viewed at www.behmfuneral.com

To leave a condolence, you can first sign into Facebook or fill out the below form with your name and email. [fbl_login_button redirect="https://behmfuneral.com/obituary/harold-pfouts/?modal=light-candle" hide_if_logged="" size="medium" type="login_with" show_face="true"]
×