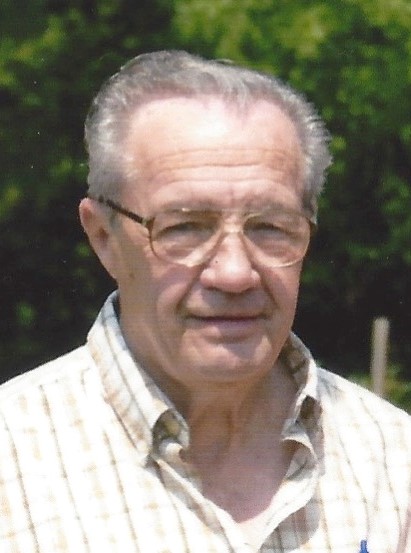 After moving up to Geneva, Ohio he got a job at IRC Fibers where he worked for 17 years until they closed. He then got a job at Fasson (Avery Dennison) where he worked until retirement in 1996. Hank enjoyed all things trains, listening to bluegrass music and attending local shows. He also enjoyed playing guitar and being an active member of the Lakeside Baptist Church. He leaves behind his loving wife of 66 years, Dorothy (Brock) Smith.

Friends and family will be received from 4:00-8:00 pm on Thursday, June 9, 2022 with a funeral service being held the following day at 11:00 am Friday, June 10, 2022 both at The Behm Family Funeral Home, 26 River Street in Madison. Online obituary and condolences may be viewed at www.behmfuneral.com

To leave a condolence, you can first sign into Facebook or fill out the below form with your name and email. [fbl_login_button redirect="https://behmfuneral.com/obituary/hancel-lee-smith/?modal=light-candle" hide_if_logged="" size="medium" type="login_with" show_face="true"]
×