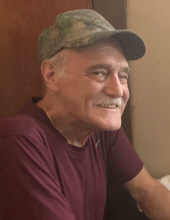 George Ludwick, age 66, of Madison passed away Thursday, September 23, 2021 at Tri Point Medical Center. He was born July 4, 1955 in Geneva the son of Marshall and Beverly (Sohayda) Ludwick. He married Anne Ludwick on August 10, 1996.

George worked as a distribution specialist at Avery Dennison. He enjoyed hunting, playing softball coaching sports and was an avid Cleveland Browns and OSU Football fan. Most of all he loved spending time with his family.

He was preceded in death by his father, Marshall Ludwick and brother, Kenneth Ludwick.

Friends will be received 5-8 pm Monday, September 27, 2021 at Behm Family Funeral Home, 26 River Street in Madison. Graveside Service will be 11 am Tuesday, September 28, 2021 at Perry Cemetery 3840 Middle Ridge Rd, Perry. in lieu of flowers contributions may be made to the family.

To leave a condolence, you can first sign into Facebook or fill out the below form with your name and email. [fbl_login_button redirect="https://behmfuneral.com/obituary/george-ludwick/?modal=light-candle" hide_if_logged="" size="medium" type="login_with" show_face="true"]
×